Arsenal are on the brink of a signing Alexandre Lacazette – and the deal could go through as early as later on today.

That’s according to various reports, including from BBC journalist and Gunners aficionado David Ornstein, which state that a club-record deal is close to being agreed with Lyon.

Arsenal are allegedly willing to pay £45m for the French hitman as they look to rebuild after finishing outside the Champions League places for the first time in Arsene Wenger’s long tenure last season.

Lacazette has made it clear he intends to leave the Ligue 1 side this summer and had previously stated he wants Champions League football this season.

But it appears Arsenal, and Wenger in particular, have managed to woo the forward.

Lyon are reluctant to lose their prized asset but signed Real Madrid striker Mariano on Friday who is widely regarded as Lacazette’s direct replacement.

The 26-year-old scored 37 goals in all competitions last season, including 28 in as many starts in Ligue 1.

While Lacazette’s arrival is a massive statement of intent by Arsenal, they are still expected to lose Alexis Sanchez this summer who is being linked heavily with Manchester City.

What will Lacazette bring to fantasy football?

As one of the finest finishers in world football right now, Lacazette’s arrival in the Premier League is mouthwatering news for Dream Team fans.

Last season Lacazette, according to Dream Team’s ratings provider WhoScored, was the highest rated player in French football at 7.57. 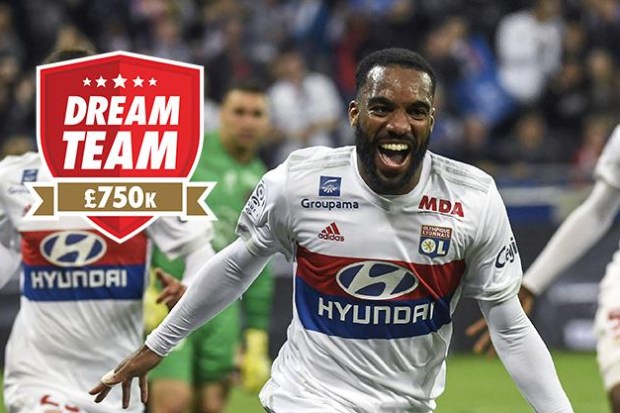 Lacazette was also a massive hit on Dream Team Europe last season after his performances in the Europa League, finishing behind only Cristiano Ronaldo with 61 points.

In terms of prices on Dream Team, we’d estimate the Frenchman to be valued at around £6.5m should his move to Arsenal be finalised.

Want Lacazette in your team? You can pre-register for Dream Team’s 2017/18 game now…