Francesco Totti’s retirement as a Roma player in May 2017 saw the end of an illustrious and legendary career.

What was probably not quite at the forefront of his mind was the fact that having hung up his boots, he relinquished his title of being just one of two remaining active professional footballers on the FIFA 96 game.

And while much of the internet made a lot of the fact the Italian hero was the last active player remaining in professional football, there is one player who can still claim to be an active professional player and was in FIFA 96.

Not content with just taking this nugget of information as fact, we decided to actually verify this… so we dug out the game, added some coal to the old console, donned our Global Hypercolor T-shirts and waded our way through FIFA 96 team line-ups.

We started a game, picking the Japanese national team versus Norwich…

There’s a reason we picked the latter, which we’ll explain in a bit.

And there he is!

On the substitute bench, admittedly – but Kazuyoshi Miura sits on the sidelines as a forward with a rating of 80.

He’s held out of the side by Tsuyoahi Kitazama and Masakiyo Maezono, and we should add at this stage that Miura was 29 years old by this stage.

But what about Norwich, you said they would be important?

Basically, this whole spiral of retro-FIFA started because we’d heard that King Kazu was one of two players still active – alongside a certain Jamie Cureton.

A cursory Google search discovered Cureton played for Norwich around that time, and FIFA 96 didn’t let us down.

Unfortunately, Cureton comes unstuck at this point as he no longer plays professional football, and retired in 2016.

He’s still playing at a reasonable level, for Farnborough in the Southern League Premier Division, but it’s not professional.

We had a brief interlude to take some paracetamol for the loading screen they used on FIFA 96, because it is a migraine-vomit-inducing nightmare.

(If you suffer from epilepsy, be warned – the following gif isn’t good.)

For posterity, we also checked that Totti himself is actually on the game to ensure we hadn’t been living a lie for the past few years.

Fortunately, he is, here for Roma.

And just one final thing – we know some of you are sitting there thinking: ‘What about Gianluigi Buffon?’

We hear your metaphorical question, and made sure we chased that up as well.

Here’s the screenshots from Buffon’s Parma team at the time, and as you can see, he’s being pushed out by goalkeepers Luca Bucci and Giovanni Galli. 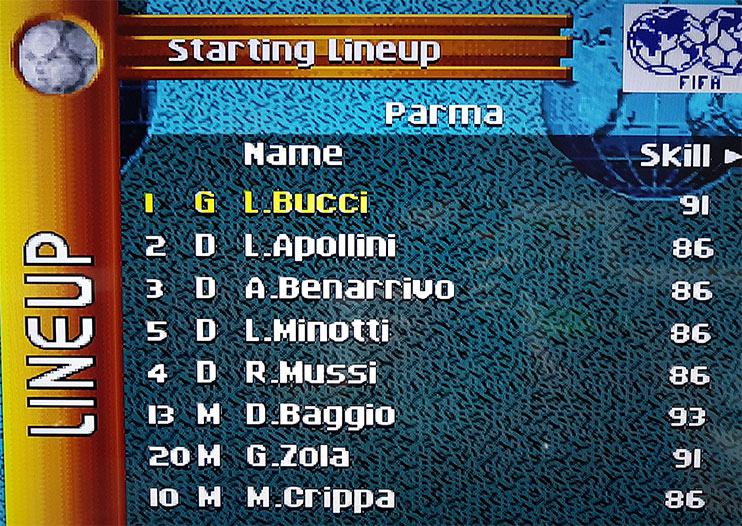 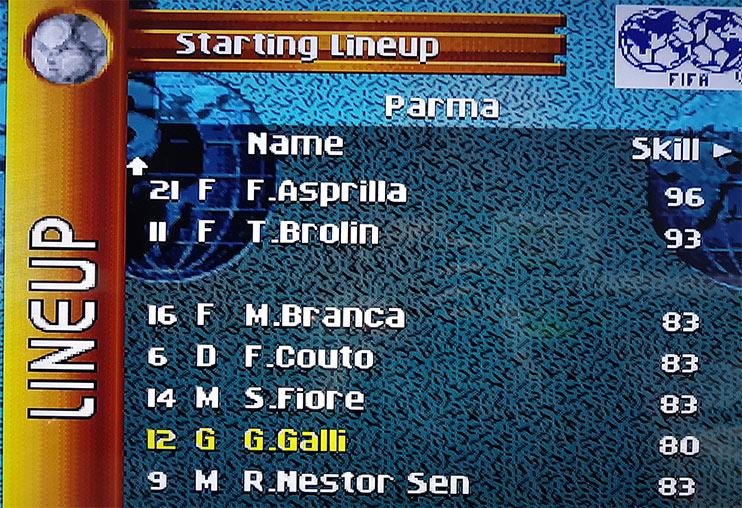 So there you have it – King Kazu is the only remaining player on the FIFA 96 game that is still an active professional – yet more accolades he can add to his name.

Right, that’s about it. Let this be the end of it.