Where would football be without numbers? The iconic number 10s, goalscoring number 9s, nippy number 7s and, of course, Bixente Lizarazu’s number 69.

But even the best didn’t start at the top. You’ve got to earn your stripes. Prepare your eyes for these optical illusions…

A number ten? We’re not having that, and neither was Becks, who switched to number seven as soon as Eric Cantona left.

One plus seven equals eight, the number he eventually made iconic at Liverpool.

Ashley Young refused to budge on Scholes’ number 18 shirt when the midfielder returned. 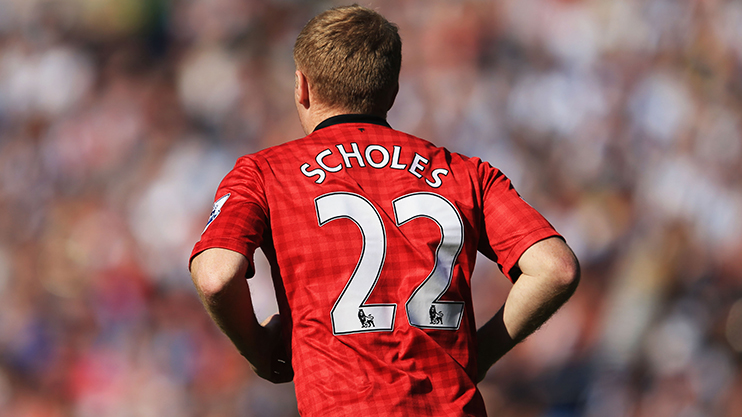 R18 doesn’t really have the same ring to it, does it?

While we’re on the subject of mercurial Brazilians, it doesn’t seem right seeing Rivaldo out of a number ten shirt.

There was the small matter of Raul to take care of before CR7 got his hands on the Real Madrid number seven shirt.

Ahh, he’s probably not that good. Just give him the number 24.

Sergi Buckets took his first number from the amount of times he likes to roll after being tackled. Ooh sass.

Clearly the number six wasn’t doing it for him. Or maybe he just wanted to be like Ronny Johnsen.

We’ve saved the best till last. Arguably the most iconic number ten in Barca’s history has already worked his way through two numbers.