These are moments we recreated in our back gardens; that took our breath away and made us forget about everything else.

These are the moments that made us fall madly, deeply in love with football.

Enough of the sentiments, let’s dive in… 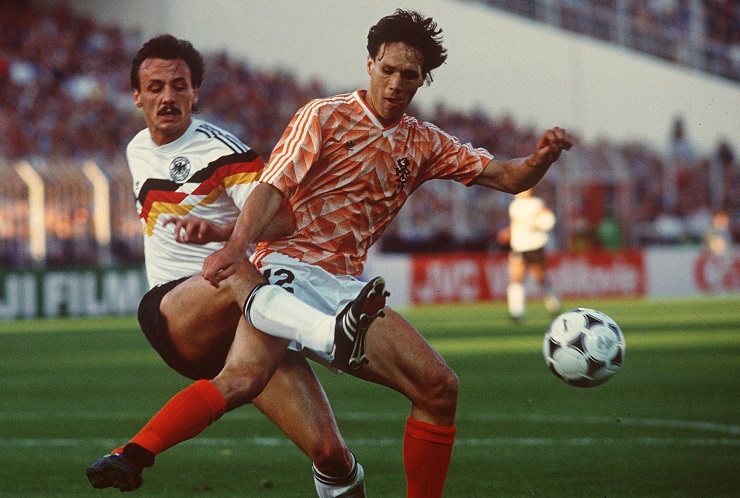 Just the audacity to even attempt to score from such an acute angle in a major final deserves to be applauded.

The fact the Dutchman had the technique to score makes it one of the most iconic strikes in history.

2 Roberto Carlos laughs in the face of physics (vs France, 1997) 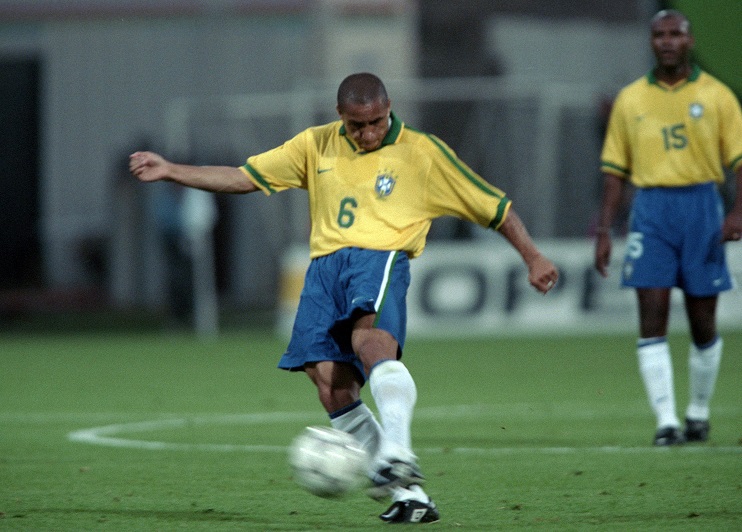 Quite how Roberto Carlos managed to propel a dead ball with such venom we’ll never know.

His banana strike against France in the warm-up tournament for the 1998 World Cup remains the greatest free-kick ever.

A perfect combination of unstoppable power and outrageous bend. Pick that one out.

3 Zlatan dares to Zlatan harder than ever before (vs England, 2014) 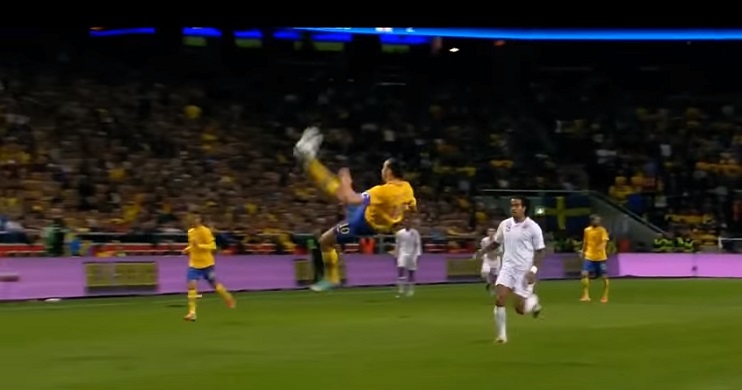 Only the enigmatic Swede would have attempted to score a overhead kick from 30 yards out.

And only Zlatan could have scored it.

In a career punctuated with moments of innovative genius, this will go down at his crowning achievement.

Also worth noting it was his fourth goal of the game.

It was very courteous of Zinedine Zidane to offer the world a free exhibition in perfect technique midway through a Champions League final.

To hook a dropping ball with your wrong foot into the roof of the net from the edge of the box is a sign of unmatched class.

5 Dennis Bergkamp does the impossible (vs Newcastle, 2002)

Another player whose masterful technique allowed him to do things with a football us mere mortals only dream about.

Stunning the ball with his first touch, Bergkamp pirouetted in the opposite direction only to reunite with the ball on the other side of his bemused marker before slotting home a composed finish. 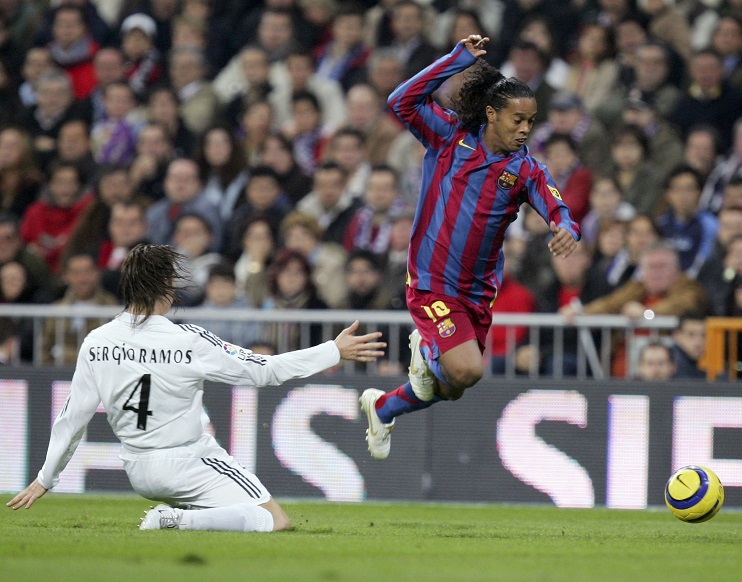 Along with Samuel Eto’o and a young Lionel Messi, Ronaldinho ravaged Real Madrid’s defence so badly the home fans were forced to give their chief tormentor a standing ovation.

Both of the Brazilian magician’s goals were of the highest quality, but his first, in which he left Sergio Ramos, Ivan Helguera and Roberto Carlos in his wake before firing past Iker Casillas, was truly spine-tingling.

This one is all about context.

An entire season boiled down to one moment as the best forward in the country scored deep into stoppage time to rip the Premier League title from their local rivals’ grasp.

We’ll let United fans off, but everyone else should recognise this moment as being everything that is great about football.

8 Cristiano Ronaldo scores from three postcodes away (vs Porto, 2009) 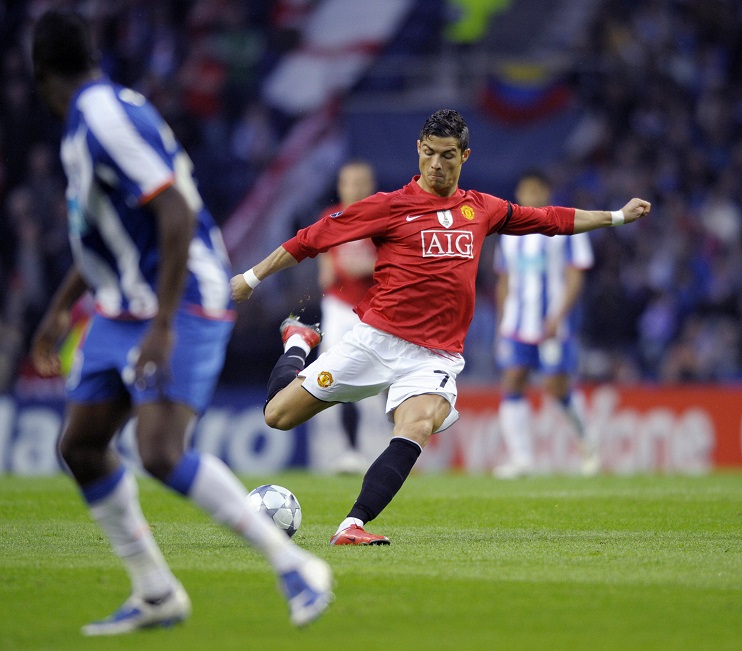 A strike of the highest purity.

With nothing else on, the Portuguese forward unleashes a thunderbolt from 40 yards to firmly establish himself as the deadliest shot in Europe.

After only six minutes as well. We just weren’t prepared for it.

His knuckleball free-kick against Portsmouth also deserves a mention— in fact it probably deserves an article all to itself.

9 Neymar introduces himself to the world (vs Flamengo, 2011)

South Americans were already familiar with the young Brazilian’s potential but it was this goal that made the whole world take notice.

A worthy winner of the 2011 Puskas Award, but more than that, it reassured the world the next great Brazilian talent was about take his place on the throne.

10 Gazza treats the world to a glimpse of his unfathomable ability (vs Scotland, 1996)

The charismatic Geordie ghosts forward and feigns to shoot with his left before lifting the ball over the onrushing defender and volleying home.

To produce such a masterstroke at Wembley against Scotland was typical Gazza. As was the celebration. 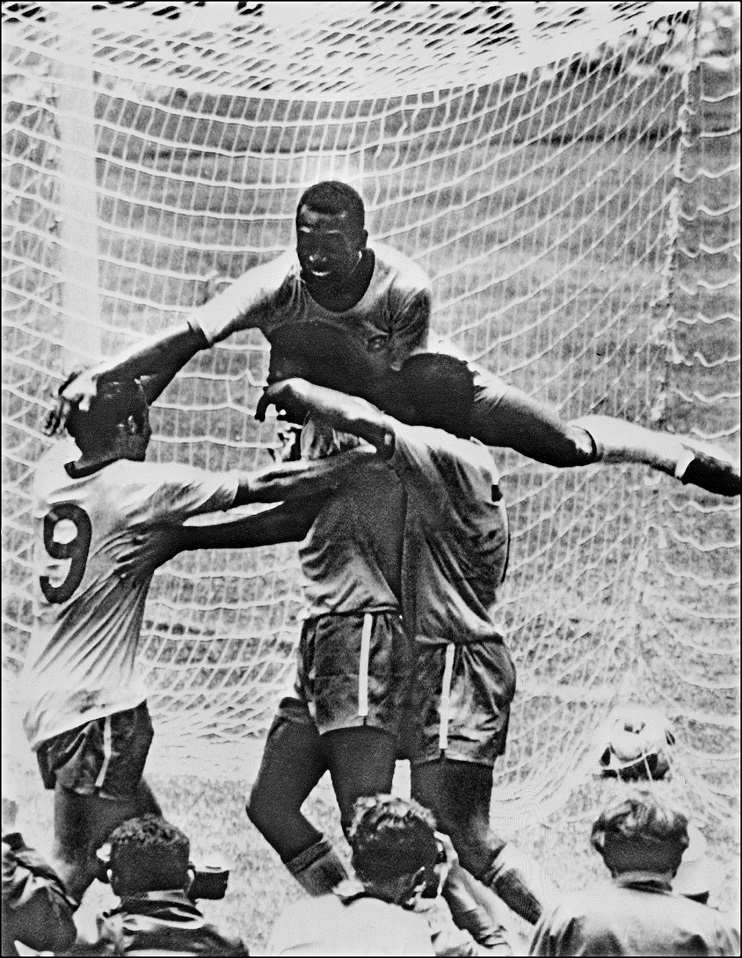 Brazil’s fourth goal of the final to complete an emphatic rout.

Captain Carlos Alberto’s outside-of-the-boot finish epitomised everything that made (and still makes) Brazilian football so special.

The weight of Pele’s layoff allows for a moment of wondrous tension before the marauding right-back sprints into shot and fires home. Simply glorious.

12 James Rodriguez scores eternally pleasing golazo on the biggest stage of them all (vs Uruguay, 2014) 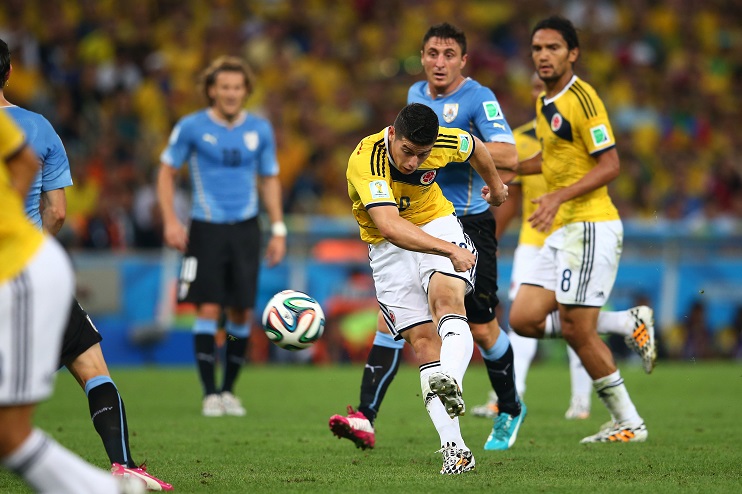 Colombia were the team to watch a the 2014 World Cup.

Their attractive brand of football was led by chief architect, James Rodriguez.

His Puskas Award-winning volley against Uruguay in the round of 16 was made all the more pleasing by the ball cannoning in off the bar. Goals always look better that way.

13 David Beckham lives up to his superstar status (vs Greece, 2001) 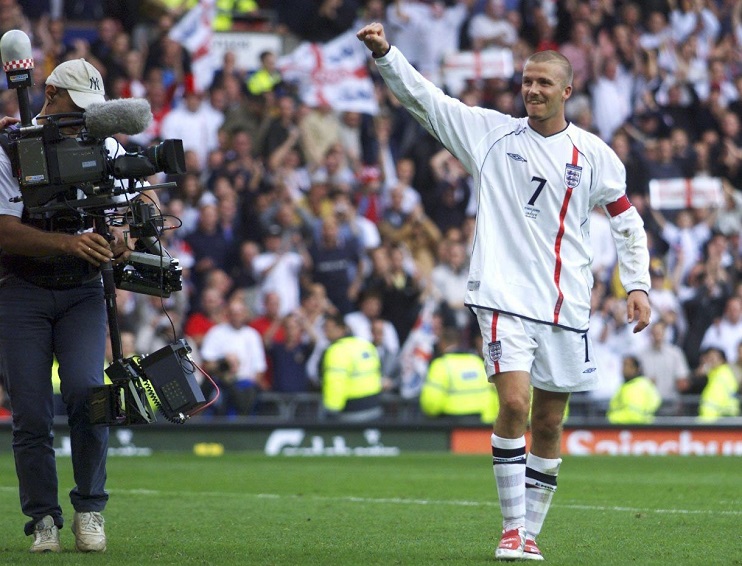 Okay, so this one is just for the England fans.

It was only a 2-2 draw at home to Greece but it secured qualification for the following year’s World Cup.

In the twenty minutes preluding the dramatic last-gasp free-kick, Beckham played like a man possessed.

14 Diego Maradona dribbles the length of a marathon (vs England, 1986) 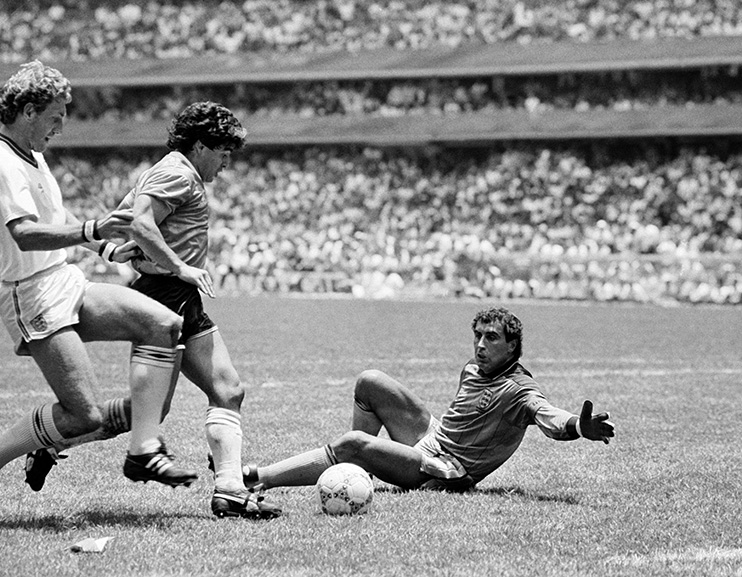 The ‘Hand of God’ was pure cheek.

The sequel was pure genius.

After picking up the ball in his own half the diminutive Argentine pirouettes away from three players before dribbling past two more, rounding the keeper and finishing into the bottom corner.

From that moment on it was destiny Maradona would guide his country to the World Cup trophy. 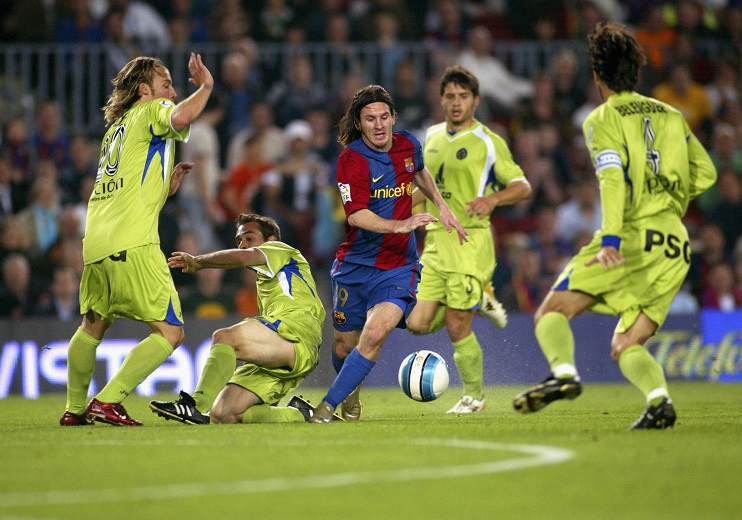 At 19-years-old Messi scored a goal eerily similar to Maradona’s mazy run, even down to the final deception of the keeper.

In an instant the Nou Camp realised the magnitude of what they just witnessed — a confirmation of the limitless potential of their little Argentine forward.

It was a surrealist masterpiece; highlighting the absurdity of one man decimating an entire team with such grace and deftness of touch.

If Messi ever scores a better goal than this, it’ll be something truly remarkable and probably the greatest of all time.

Timo masterclass, the return of the Champions League and more...

Who remembers when Thierry Henry won the World Cup with Brazil in 98? 🇧🇷