It’s been an incredible year for Sony’s PlayStation.

Whether its taking on a cult in Far Cry 5, swinging between sky-scrapers as Spider-Man or taking on the Nordic Gods as Kratos, the last 12 months have delivered some world-class games.

As Black Friday and Christmas approaches, here are the best games of the past year.

Some of these are PlayStation exclusives (which we’ve labelled as such), while others are on Xbox and PC, too. 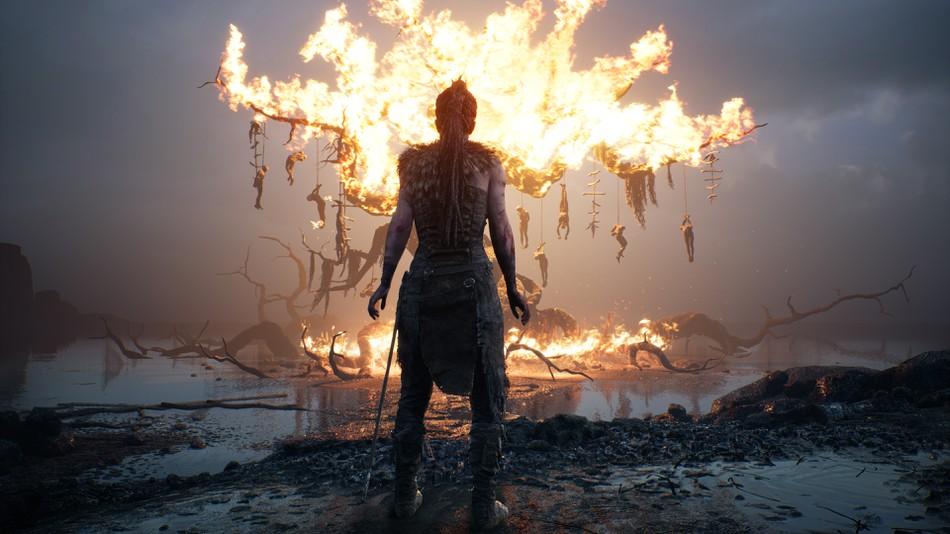 Hands down one of the standout games of the past decade.

Developed by British team Ninja Theory (best known for Devil May Cry), you play as Senua, who ventures to the Underworld in search of her dead lover.

With striking visuals and a hard-hitting story that explores mental health, you’ll be drawn into the dark world until you reach the jaw-dropping conclusion.

Absolutely essential – and best enjoyed on PS4 Pro with headphones.

Sony Santa Monica went back to the drawing board to create an unforgettable adventure exploring the relationship between Kratos and his Son, Atreus.

Combat was redesigned, with the camera now from an over-the-shoulder perspective, but remains as brutal as ever.

Unforgettable boss fights – with one of the best served up early on – makes this a tour-de-force in gameplay and level design.

A masterpiece and must-have for any PS4 player – over the age of 18, that is.

Shadow of the Colossus (PS4 exclusive)

One of the highest-scoring games ever made had a full remaster at the start of the year – losing nothing about what made the 2006 version so special.

Boasting stunning visuals – and a horse that’s so realistic it puts Red Dead Redemption 2’s to shame, you’ll be drawn into a magical world by enchanting visuals that’ll take your breath away.

Stunning camera work (which, sadly, is prone to the odd glitch) helps add to the cinematic feel. While boss fights are every bit as epic as you remember.

If you haven’t played the original, you’re in for a treat. If you have, pick it up again.

So you can imagine the pressure Insomniac was under when they were tasked with developing a Spider-Man game.

Thankfully, from the jaw-dropping opening sequence to the beautifully recreated New York City – it’s clear they were the right team for the job.

Within seconds of booting up the story mode you’ll be thrust into the Spider-suit, swinging from building to building.

Obviously, Spider-Man’s web abilities play a huge part in the game’s combat system – which is far deeper than we imagined.

The entire city is available to explore from the start – so why not go check out Stark Tower? Or, if you want to chill, take a stroll around Central Park.

Far Cry has always sought to deliver a ‘fish-out-of-water’ experience for the gamer.

Ubisoft plonk you in a world, often with just the most basic skills to survive, and send you on a revenge mission.

It’s a formula that works and, although it feels familiar, still hasn’t lost any of its charm.

How you play the game is up to you. Fancy just exploring the map on a quad-bike or a spot of fishing? Go right ahead.

Not a Sony exclusive but absolutely essential for anyone who owns the console.

Stunning visuals boasting more detail than you could ever imagine, brilliant writing and an online mode to come.

The game is a prequel to 2010’s Red Dead Redemption, and sees you play as Arthur Morgan, who’s part of the Van Der Linde gang.

Don’t let the slow first couple of hours put you off – once Red Dead gets going it’ll knock your socks off. Yee haw!

Quantic Dream’s Detroit: Beyond Human is an artistic masterpiece – if a little heavy-handed in parts.

The big selling point here is that, although linear, this RPG contains a huge multilayered script that allows for the story to flow and change depending on the player’s choice.

With topics such as slavery, artificial intelligence, the concept of identity and what it means to be a human being discussed, this game draws you in and refuses to let go.

If that doesn’t sell you on it, the music (crafted by three separate composers) has a Hans Zimmer/Steve Jablonsky feel and the graphics are also exceptional.

It’s been 20 years since Spyro first landed on the PlayStation 1 – but he’s aged very well indeed.

Developer Toys for Bob have taken the helm from Insomniac to give the purple dragon a much-needed visual update, thanks to Unreal 4.

Gameplay wise, it’s very much true to the original. In fact, the layout of the levels remains the same as the classic games.

While this works a treat for Spyro 3, some may find the first game’s levels rather simplistic.

Still, if you’re after a true blast of nostalgia, look no further.

COD veered in a very different direction this year, scrapping campaign and focusing on multi-player and Zombies.

It was a gamble that really paid off – especially thanks to the brilliant Blackout Mode (a battle-royale shootout).

If you’re getting bored of Fortnite and don’t fancy shelling out for the unpolished PUBG, this year’s COD is a must.

Rather than go back to the drawing board, developer IO Interactive has revamped the 2016 formula to offer more freedom than ever before.

As well as larger play areas, offering multiple ways to take down targets, there are a host of smaller details that drastically affect the way you play.

For one, mirrors are now functional, meaning that NPCs will now see you sneak up on them. You can blend into crowds to lose pursuers, while CCTV has also been beefed up.

Just like the last game, levels will be released episodically – kicking off with a sun-kissed race in Miami before moving to the lush jungles of Colombia.

If you already own 2016’s Hitman, all the little details – such as the improved mirrors – will automatically be updated in game, so it’s the perfect excuse to dust off the Silverballers.

WATCH OUR ESPORTS TEAM IN ACTION THIS FRIDAY NOVEMBER 23