Halo Infinite has finally been announced with a short teaser trailer at Microsoft’s press conference at E3 this year.

We’ve pulled together everything we know to ensure you’re in the loop.

Let’s kick off with the release date.

So, when’s it coming out?

The game isn’t really a game yet, it’s is still very much in the early stages of creation.

This is likely to mean it won’t be making an appearance on store shelves over the next year to 18 months – taking a 2018 release date out of the question entirely.

When can we glean from the teaser trailer?

A cinematic spectacle, with the aim of showing off the new engine, Slipstream, that 343 have built in order to achieve the ambitious aims they had for Infinite.

343 studios have stressed that the trailer is not reflective of where the game is currently, but of what the game could be in the future.

Featuring, rolling fields, the threat of some huge creatures, herds of alien animals, a burned out Hornet, a troop of ODST soldiers and of course, the Masterchief.

Our mouths are already watering.

Who’s going to be making it?

Halo Infinite will be the third Halo game from 343 Industries – who took over from original series developer Bungie.

Bungie now channel most of their focus on to Destiny.

Will be enhanced for Xbox One X?

Yes, if Halo 5: Guardians was anything to go by, expect the X to get the best looking, smoothest version, especially with the new engine behind it.

Will the story focus on the Master Chief this time?

Almost certainly – especially given that Halo 5 alienated some fans because you didn’t play as the Chief for a majority of the game.

Halo 3 did something similar, seeing the player jump between the Arbiter and Master Chief – and people were not pleased.

Speaking to GamesTM, franchise development director Frank O’Connor said the team “took some digs for the storytelling,” with Halo 5.

“We definitely marketed in a way that we hoped was going to bring surprise, but for some fans and certainly fans of Master Chief, it was a huge disappointment because they wanted more Chief.” 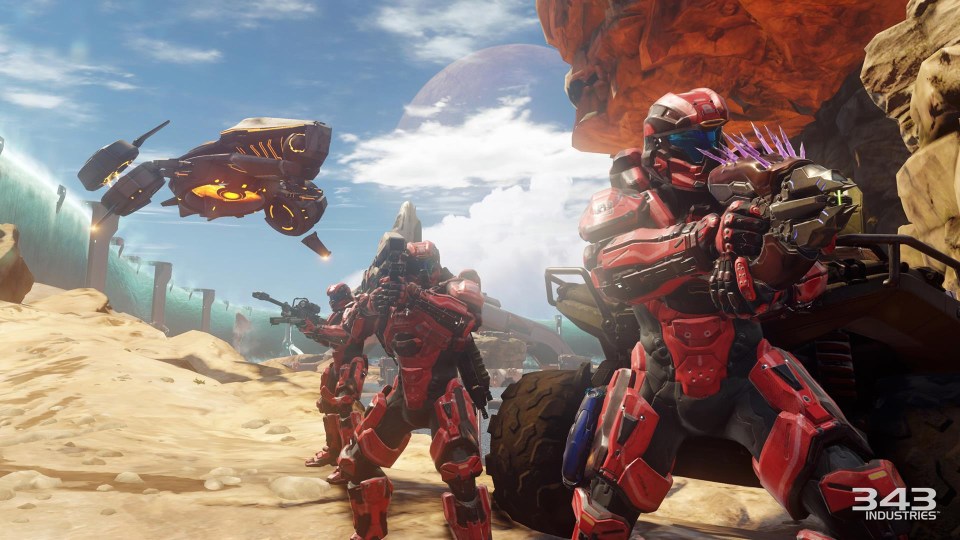 How will it play?

Chances are that Halo 6 will play very similarly to previous Halo entries. Multiplayer will feature online and offline co-operative.

There have also been rumours circulating that the game will be open world, which will be in stark contrast to the traditional Halo format.

Make sure to check out our Cyberpunk 2077 explainer, too.