The 40-year-old forward and club captain went on to score 307 goals in 783 appearances – cementing his place among the game’s greatest.

But if there was one barometer of success we could use to prove his constant brilliance, it would be his FIFA stats from down the years.

Now, it’s tricky to find FIFA stats prior to around FIFA 2004, as we proved here, and the databases of FIFA’s statistics may have even been lost to time if some sources are to be believed.

But thanks to a combination of FIFA Index and Futhead, we’ve dug these out to show just how good Totti has been throughout his career.

Sadly, the legend won’t be making an appearance in FIFA 18…  but he certainly deserves to be an ICON. 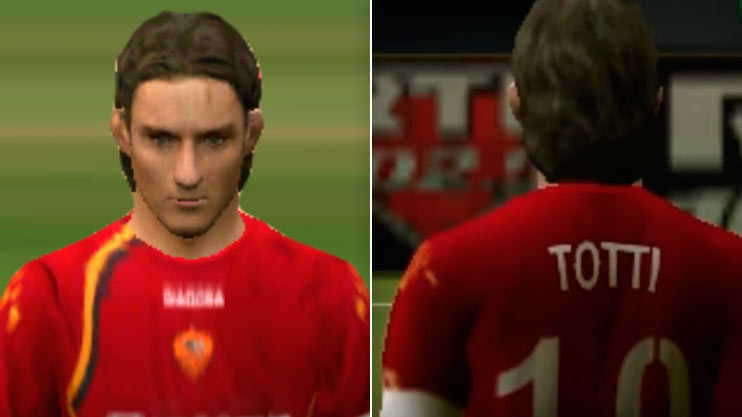 The stats don’t lie with Totti’s 05 ratings – a normal rating of an incredible 94 made him the eighth best player in the game – but he could reach a potential of 99. 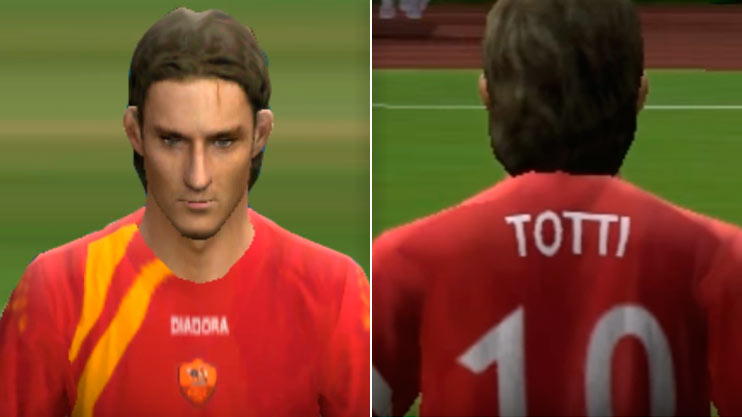 Totti retained his 89 rating for FIFA 07, with his potential at 92. 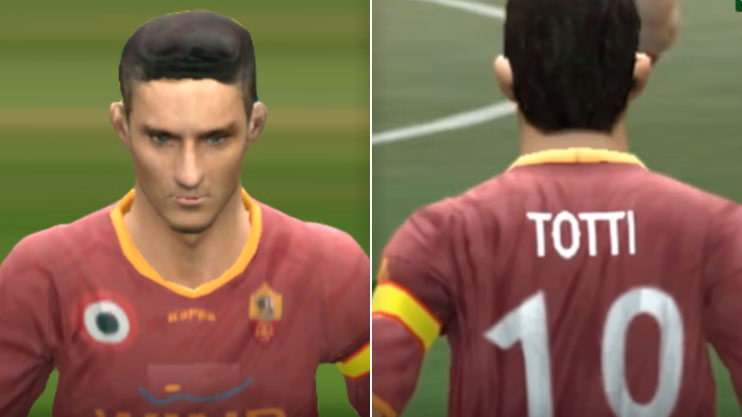 FIFA 08 saw Totti not only lose his long locks, but also lost his 89 rating.

He took a bit of a dip down to 87, but across the board his ratings maintained very good. 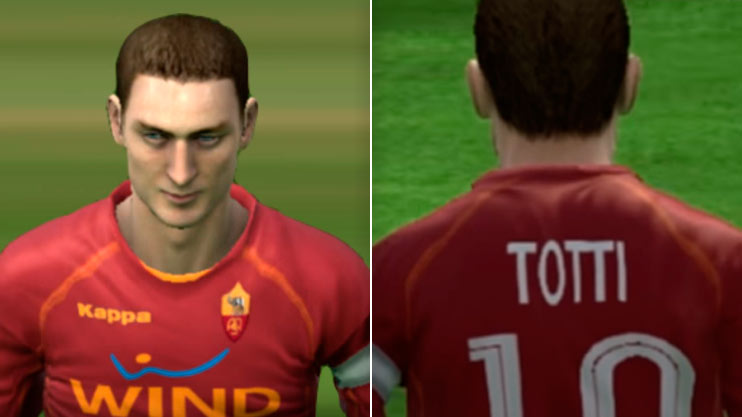 Totti, now 31, was still proving age was just a number, with his 87 rating on FIFA 09 making the Roma star a great addition to any team. 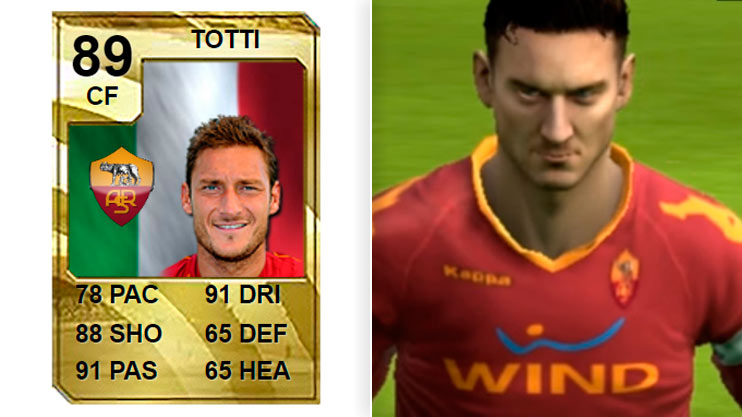 But wait! Totti gets better! The Italian jumped back up to 89, as FIFA Ultimate Team cards officially became a thing. 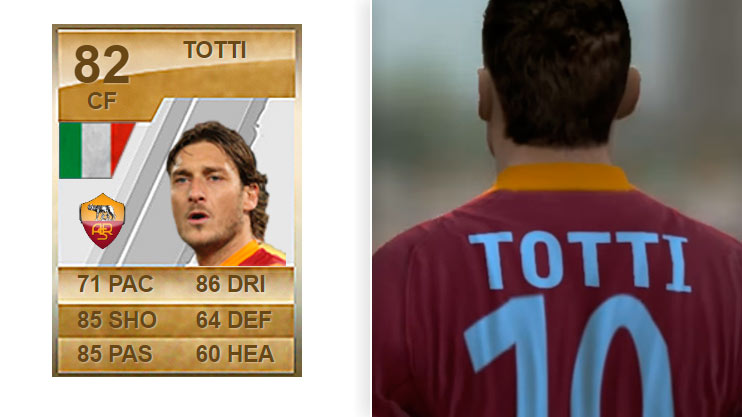 Hang on. This isn’t on. Totti’s incredible FIFA 10 card then dips to an 82, after a season where he was out of favour in a Roma team coached by a certain Claudio Ranieri…

And that more or less brought to an end Totti’s world-beating FIFA stats.

FIFA 12 saw him given an 80 rating, and he’s been around that mark ever since.

FIFA 13 did see Totti awarded an IF card of an 80 throughout the season, and the following year he was rewarded for his performances.

We forget that by FIFA 14, Totti was now approaching his late-30s. We talk about players past their peak around the age of 32 or 33, but Totti was 37.

Throughout the years, Totti’s touch has remained flawless. His ball control in 15 was still 90, his passing 90, his finishing 81.

His pace and acceleration slowed down, obviously, but he was still a superb FIFA star.

And so we come to the end of the journey – Totti’s steadfastly remaining at the 80 mark, with his statistics remaining pretty similar from FIFA 16 to FIFA 17.

The latest edition has the Italian giant at an 80 rating, and with Totti celebrating 24 years since his debut, we should all salute the Roman emperor.

We couldn’t let the opportunity pass without mentioning another notable inclusion to this list, being his incredible 92 rated card from FIFA 16, where he was handed a place in the Classic Europe International Heroes list.