The Aston Villa fan was the best Dream Team gaffer at the end of Game Week 27 after amassing an impressive 166 points.

Let’s take a closer look at how he did it… 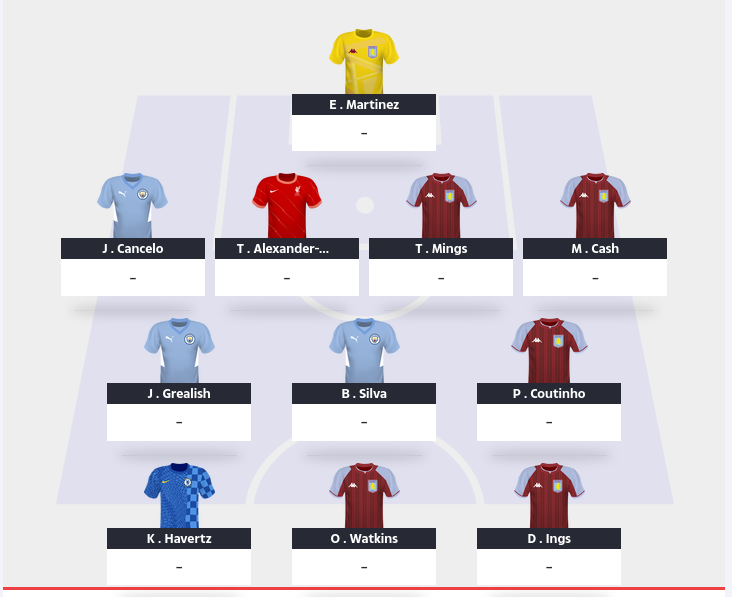 Usually we run through the XI from back to front but the first thing that jumps out this week is the fact Adam heavily backs the team he supports.

His SIX Villa players combined for 87 points this week after Steven Gerrard’s side beat Southampton 4-0 on Saturday before conquering Leeds 3-0 on Thursday night.

Philippe Coutinho (£3.8m) grabbed the headlines with two goals and an assist but Matty Cash (£2.7m) was the true hero from a Dream Team perspective.

The Poland international assisted goals in both fixtures and he scored one of his own at Elland Road – add in a pair of clean sheets and a Star Man award and Cash scooped a whopping 30 points in Game Week 27!

Jack Grealish (£4.3m) and Bernardo Silva (£3.8m) contributed eight points between them which is respectable but put into perspective by the fact two other Man City midfielders, Kevin De Bruyne (£6.6m) and Riyad Mahrez (£7.4m), combined for 33 points.

Kai Havertz (£4.1m) proved to be an inspired selection given Chelsea’s favourable fixtures.

The Blues may have endured a turbulent week in the boardroom but they looked comfortable on the pitch, recording wins over Burnley and Norwich in the space of five days, with the German scoring three goals and providing an assist across the two fixtures.

When all was said and done, Havertz pouched 23 points, by far his biggest Game Week haul of the season.

Adam’s Villa-heavy approach may not be an optimum strategy in the long term but it worked wonders this past week.

Good luck to all Dream Team bosses ahead of Game Week 28!