The New York Stadium may be the place that Paul Warne and in-form Rotherham United call home but, in 2022, their supporters are dreaming of a trip to London.

Wembley Stadium would do quite nicely, either for the League One Play-Off Final – assuming the Millers do not go up automatically – or the Papa John’s Trophy Final.

In our association with our friends at Papa John’s, Dream Team attended Rotherham’s dramatic penalty shootout win over Cambridge, achieved after Wes Harding’s first ever goal in professional football meant the sides were locked at 1-1 after 90 minutes.

Progression by the finest margin carried Warne’s men through to the Papa John’s semi-finals, one step closer to what would be a memorable day out.

While promotion remains a priority for his men, Warne – the beloved manager known as “Warniola” by fans in a nod to his look-a-like Pep Guardiola – knows a visit to Wembley could be a once in a lifetime chance.

Warne said: “I said to the lads before the Cambridge game, you might not get the opportunity ever to play at Wembley. This might be the best opportunity you get.

“I think they have a right to put a real shift in for the fans but even more important than that for their own family. If that was my son or grandson playing for Rotherham, I’d want to see him playing at Wembley.

“I just think they owe it to their family and friends who have supported them throughout their careers to give it everything they can to get and play there.”

And that may explain his love affair with what is arguably the world’s most famous football stadium and why he would be keen to go back in March.

“From day one, we always try to win every game we are in,” Warne said. “We’ve tried to win every round of the Papa John’s we could.”

“And they have good hot dogs at Wembley – although they’re not as good as Twickenham hot dogs! They’re the best hot dogs in the world them; they do chilli, mustard, everything. The Twickenham ones are something else; I need to be a rugby union fan!

“But the Wembley hot dogs wouldn’t be bad. I just think it would be great for the players. At the moment some of them in the dressing room are looking at me, thinking ‘the gaffer is a romantic.’ But when you’re 48 you have to be.

“If you had your life again, I’d definitely have tried to keep hold of my hair a bit longer but I just think if they get an opportunity to play at Wembley in front of their kids or their grandparents, it’s something amazing.

“For the parents who drive them to training every night for 10 years, it’s something for them. It would be an amazing thing.”

It is just that kind of attitude that has made the relationship between community-conscious Rotherham and their down-to-earth manager such a marriage made in heaven.

With the exception of four seasons in the noughties, Warne has been a fixture at the club for 23 years, either as a player, fitness coach or manager.

The town is only a couple of miles from Sheffield; 30 from Leeds and only 50 from the big Manchester clubs.

But fans like Dan Ogden-Glaves, 22, from the New York Talk podcast would not dream of taking their support to a so-called ‘bigger club’.

He explained: “My dad’s actually a Sheff United fan but Rotherham just appealed to me more. It’s the little club that could.

“We’ve been down in the dumps, been in administration, come back, got a lovely place, the New York Stadium.

“I found out my mum went to the games in the 1980’s. So I went to my first Rotherham game, fell in love and have never looked back since.”

Dan, now studying at university, even went to college in the New York Stadium, part of United’s Community Sports Trust, and is an example of how the club has impacted on local lives.

“Rotherham is massive in the community,” he said. “It’s one club, one community. They put on a lot of grass roots stuff, a lot of inclusion stuff – I was part of the brains behind their hate crime initiative project.

“So to have a community hub in the New York Stadium really centres it in the town and it’s nice to have a stadium bang in the town centre so everybody knows we’re here.”

Fellow supporter “Tiny” Gennard has a connection with the club going back even further – not that he remembers much about it.

“My first game was the last game at Millmoor,” Tiny said. “We won 1-0 against Barnet, the last game of the 2007-08 season. I was eight months old and fell asleep!

The move from that old Millmoor ground, Rotherham’s home of 101 years, led to a four-year exile playing at Don Valley Stadium in Sheffield before settling at the New York Stadium.

The ground takes its name from the small area of town which was known as ‘New York’ in its heyday because steel manufactured at the Guest and Chrimes Foundry was used to make fire hydrants in New York City.

There is still a small part of that derelict foundry left, next door to the ground, but everywhere else, this is a club building towards a strong future – with community at its centre, hopes of a double shining bright, and Warniola as the beating heart of it all.

Dan said: “He’s been at Rotherham as long as I’ve been alive!

“We call him ‘Warniola’ for a reason – he is Rotherham’s Guardiola. He doesn’t always get it right, he sometimes gets it very wrong, but he’s a legend at Rotherham and an all-round great bloke.

“He did a birthday message for my mum last year when we were in lockdown so he’s a great fella.”

And also a manager who has delivered plenty of excitement – as has the club in general.

In every one of the last ten seasons, United have either gone up, gone down or – twice – narrowly avoided relegation by the skin of their teeth.

Surely, just once, Warne would like a season of mid-table stability?

“Would I ever!” he joked. “My hair would grow back and everything.

“I think it has always been like that. It’s a bit like Norwich. I’m a Norwich fan and they’re similar. They do brilliant in the Championship, go into the Premier League and sometimes it’s a bit too much and sometimes budgets play a big part in football.

“I would like a nice tenth-place but my chairman loves the excitement.

“There’s always something happening. We either break hearts or make hearts. This year, hopefully, we make ‘em.” 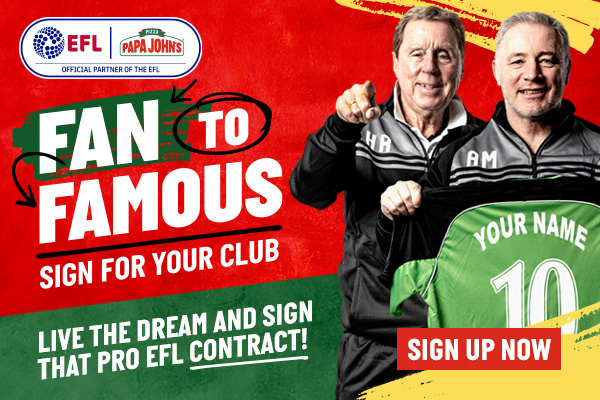