Friday signals the start of a new Game Week and the first thing for us to do is reflect upon the most recent one past.

QPR fan Nicholas Johns was the biggest winner of Game Week 19 having racked up 131 points. 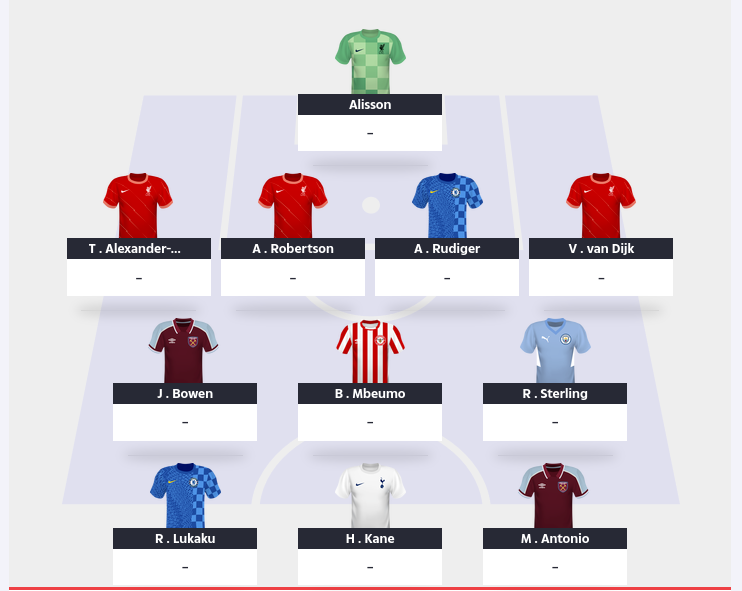 Liverpool may have been frustrated by ten-man Arsenal at Anfield on Thursday night but the 0-0 draw meant clean sheet points across the board for Alisson (£3.5m) and Jurgen Klopp’s first-choice back four.

Nicholas benefited greatly from his Reds-heavy strategy in defence but it was Antonio Rudiger (£4.9m) who stole the show with an 18-point haul against Spurs in Chelsea’s Carabao Cup semi-final second leg victory.

The German scored the game’s only goal, kept a clean sheet and claimed the Star Man award – he’s now the fourth-best asset in his position having moved onto 122 points overall.

Against all the odds, he owned both Bryan Mbeumo (£2.5m) and Jarrod Bowen (£4.2m), the two highest scorers of the week.

Brentford’s No19 bagged a hat-trick against Port Vale in the FA Cup to offset his rotten luck in the Premier League.

The Frenchman has hit the woodwork seven times in the league this season – no other player has been denied by the post/bar more than three times.

As for West Ham’s in-form winger, he followed up his late clincher against Leeds in the cup with a brace against Norwich to earn back-to-back Star Man awards.

Bowen (31) and Mbeumo (30) combined for a whopping 61 points – Nicholas must have been dancing on the ceiling!

Spurs’ FA Cup win wasn’t comfortable by any means as they trailed Morecambe for 41 minutes but they got the job done in the end and Harry Kane (£6.8m) got his goal late on to pouch eight points of his own.

The England captain then boosted his tally with a 7+ rating against Chelsea in midweek.

Finally, Michail Antonio (£3.9m) didn’t cash in against Norwich as his backers would have hoped but he did notch five points against Leeds in the form of an assist and a 7+ rating.

Inspired stuff from Nicholas, particularly given that Mbeumo’s ownership was 0.5% at the start of Game Week 19.

As always, good luck to all ahead of Game Week 20!