It would be wrong to say James Rodriguez (£3.6m) burst out of the blocks this season because he barely broke sweat.

After an impressive performance against West Brom in Game Week 2, statisticians recognised that the Colombian registered zero sprints while still heavily influencing the game.

If Dominic Calvert-Lewin’s (£4.0m) emergence as a Pippo Inzaghi x Christian Vieri hybrid was the key feature of Everton’s table-topping start then Rodriguez’s playmaking was not far behind.

YOU’VE GOT UNTIL 12:15pm THIS SATURDAY TO SIGN-UP FOR DREAM TEAM SELECTOR — PRIZE POT AT £28k+

The 29-year-old raced to 41 points by Game Week 4, becoming one of Dream Team’s most popular midfielders in the process.

But the gravy train came to a dramatic halt after he picked up an uncomfortable injury in the Merseyside derby that took a couple of weeks to fully manifest itself.

He blanked in four of his next five outings before incurring a calf injury that ruled him out of five games.

This combination of factors meant he produced just eight points in 11 Game Weeks as his ownership more than halved.

But the wheels have started to turn once again in the last few days.

The Toffees beat Sheffield Wednesday 3-0 in the FA Cup before drawing 1-1 with fellow high-flyers Leicester — Rodriguez was awarded Star Man in both fixtures.

A 24-point haul in Game Week 18 demands attention as the ex-Galactico has proven his best form directly correlates to big points.

No midfielder gained more points in the most recent Game Week, not even Tomas Soucek (£3.6m)!

Carlo Ancelotti’s side host hapless Newcastle in the early kick-off on Saturday — a fixture that must be considered favourable as Rodriguez hopes to gain further momentum. 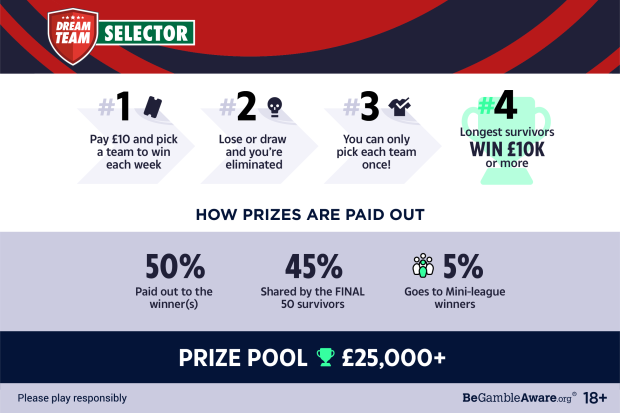 *New customers only. Min Deposit: £10. First deposit matched up to £10. 1 x wagering at odds of 1.75+ to unlock Free Bet. Debit Card & PayPal deposits only. This offer is valid for 7 days from your new account being registered. Terms apply. 18+ Begambleaware.org