Timo Werner and Kai Havertz are the big names through the door, alongside Hakim Ziyech, Ben Chilwell and Thiago Silva. 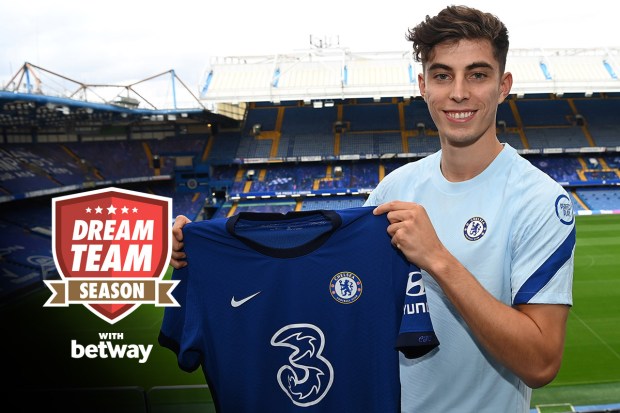 While these new recruits will only boast the Blues’ title hopes this term, what can these fresh faces bring to your Dream Team ahead of 2020/21?

Chelsea have at last got their man and forked out a whopping £71m on their latest big name signing.

As someone who plays the ‘number eight’ role and has an eye for goal, the 21-year-old’s development should continue while playing under a certain Frank Lampard – a man who knows a thing or two about scoring from the midfield, eh?

Havertz enjoyed playing as a number 10 at times last season but will most likely link-up with Chelsea’s three-man midfielder in a 4-3-3 formation – alongside fellow newbie Ziyech (£3.5m) and Christian Pulisic (£4.5m) playing further forward, while the likes of Mason Mount, Ross Barkley, Jorginho and the brilliant Mateo Kovacic rotate.

His role will be similar to the one Bruno Fernandes (£5m) and Kevin De Bruyne (£7.0m) play at the two Manchester clubs.

The aforementioned duo are the two most expensive midfielders on Dream Team this season, so it’s definitely worth keeping an eye on Havertz.

Chelsea conceded more goals than any other side in the top 10 last season, so they’ll hoping veteran centre-back Silva is the answer to their defensive problems.

The Brazilian played in the Champions League final just a couple of weeks ago so he may need time to recover before the season starts, but it won’t be long before Lampard throws the former PSG ace into the starting line-up to add some experience to his back-line.

At nearly 36, Silva is considerably older than players he’ll be starting alongside like Reece James (£3m), Andreas Christensen (£2m) and Kurt Zouma (£2m), but the idea is that those around him will be able to learn from the man who has won over 20 trophies since his move to Europe.

At £3.5m, Silva comes in at a cheaper price than many of the other ‘premium’ centre-backs turning out for Chelsea’s rivals, such as Virgil van Dijk (£6m), Harry Maguire (£5m) and Aymeric Laporte (£4.5m).

It’ll be interesting to see how he gets on in the Premier League and the first few weeks should give us some indication whether he’ll sink or swim, but Silva is a born winner who could prove to be an excellent fantasy football option – at a fairly reasonable price.

Since Lampard was announced as Chelsea’s manager, Chilwell (£3m) has been his number one target at left-back.

Emerson Palmieri, Chelsea’s other, forgotten left-back, looks set to leave Stamford Bridge this summer freeing up space for Chilwell, who is regarded as one of the league’s best and most consistent full-backs.

Chilwell is as good going forward as he is in defence and at £3m the Englishman could thrive in this promising Chelsea side – and for your Dream Team.

We wouldn’t have dared recommend a Chelsea defender for your Dream Teams in the final months of last season, but with Silva and Chilwell now joining, and with the spending apparently not done, maybe it’s time to take a risk on a Chelsea defender… or two.

How many goals will false 9 Kai Havertz score for Chelsea next season?

Injuries and suspensions ahead of Dream Team Game Week 29