Liverpool might’ve already wrapped up the Premier League title, but your mini-league is still very much up for grabs… after a few tiny adjustments here and there.

Perhaps it’s time to trade in your Chris Basham’s and Wilfried Zaha’s for a couple of players who’ll really tide you over for the final few weeks of the campaign?

Let’s start with a no-brainer, shall we?

Bruno has become an instant fan favourite at Man United and is pretty popular among Dream Team managers at the moment too.

The midfielder was particularly eye-catching in the 3-0 win at Brighton on Tuesday, netting two goals and earning himself the Star Man award in the process.

In total he now has 86 points this season with 36 of those coming since football’s return – and you get the feelin’ he’s not done just yet.

While Burnley aren’t awash with fantasy football favourites, Tarkowski is currently their best player from a Dream Team perspective with 106 points for his efforts.

Tark is part of a solid back-line that includes Bee Mee (85 points) and Nick Pope (94 points) buoyed by their chances of a place in next season’s Europa League.

Sean Dyche’s men are currently sitting pretty in the Prem’s top eight and if they can maintain their position in the final six games, that would see the club qualify for continental football for the second time in three seasons. 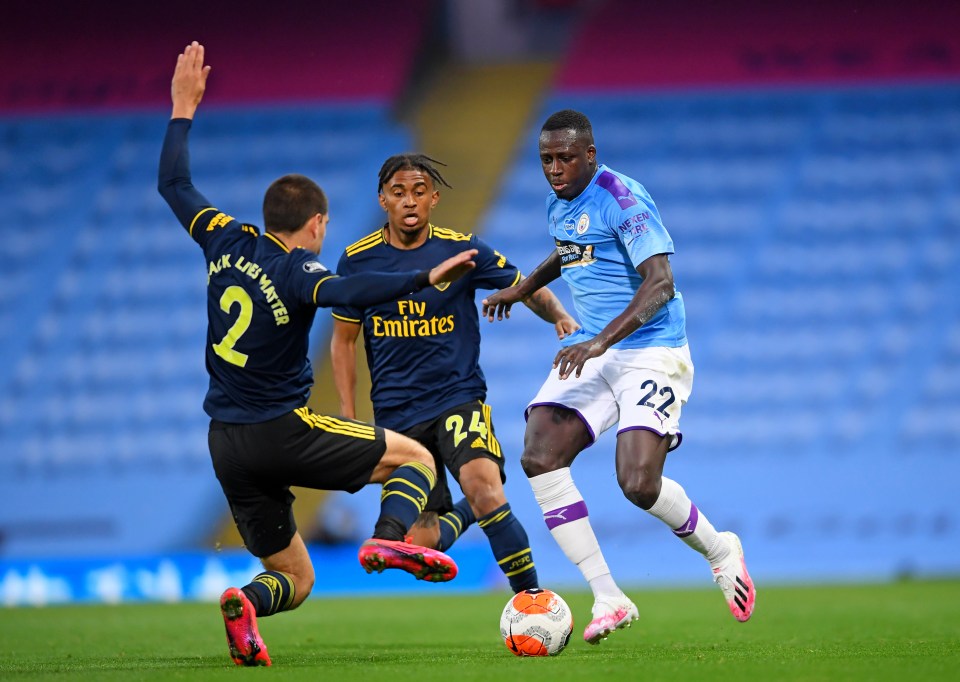 Pep Guardiola has shown a lot of faith in Mendy despite the full-backs injury-ravaged spell at Man City, but can you spare the Frenchman the same sort of sentiment?

The 25-year-old has featured in 26 games for City this season, and has been in Guardiola’s line-up for three of the team’s four outings since the Prem’s resumption last month.

In that time he’s picked up 15 points and, fitness persisting, could become a mainstay in Pep’s side in their final few games.

It’s an exciting time to be a Chelsea fan, with the Blues exceeding expectations under Frank Lampard, boasting a host of Dream Team must-haves, and also welcoming two future stars of the game in Hakim Ziyech and Timo Werner next season.

What’s more, Pulisic — whose first season in West London is nearly complete — is really shaping up to be a gem on the game in this final part of the campaign.

Netting twice already in the Blues’ first three games back, the only issue with the American is a potential calf issue that could keep him out of their match against West Ham on Wednesday night.

Greenwood is the bargain striker you’ve been looking for!

The 18-year-old has nailed-down his position on the right-side of United’s attacking trident alongside Anthony Martial and Marcus Rashford, having started in their last three games ahead of Daniel James.

Like Bruno, he was fantastic in their recent win over Brighton by notching a goal and an assist; good enough for 10 points on Dream Team overall.

With United’s run-in including games against Bournemouth, Aston Villa and West Ham — expect more appearances and points for the 18-year-old.

Talking about bargain options, what about Wolves’ full-back Jonny?

Not as celebrated as his teammate Matt Doherty on the other flank, but his assist at Villa Park at the weekend has taken his tally up to an impressive 114 points for the campaign, with Wolves still aiming to fight off Leicester, Man United and Chelsea for a place in next season’s Champions League.

Phil’s been one of the real winners of the post-shut down period of the campaign, appearing in three of Man City’s four games and scoring three times.

With their runners-up spot in the league table more-or-less secure, Pep will likely use City’s remaining Premier League games to tryout his lesser-played players — including Foden — as he gears up for next season.

What’s more, with five substitutions currently being used in Prem games, Foden will almost certainly find himself coming off the bench in games — regardless of the opposition or result — which is good news for those of you seeking an affordable but effective midfield option for your Dream Team.

Which of the eight nominees should win PFA Young Player of the Year?

Who should you support in the Champions League and why is the answer Atalanta?

How much can you remember from VAR's debut season in the Premier League?

Top four secured, The epitome of Chelsea and more

What does Leeds United's promotion tell us about our relationship with football?

Thiago is too cool to be the world's best midfielder — would Jurgen Klopp change that?