Remember remember, your transfers in November.

Yes three brand new switches will be in your inbox on Friday 1 November, allowing you to chop and change your Dream Team again.

Even if you’re out of the running for the big prize by now, there’s still plenty of bragging rights at stake. There’s no way you’re letting Andy from accounts win your mini-league again this year, is there? 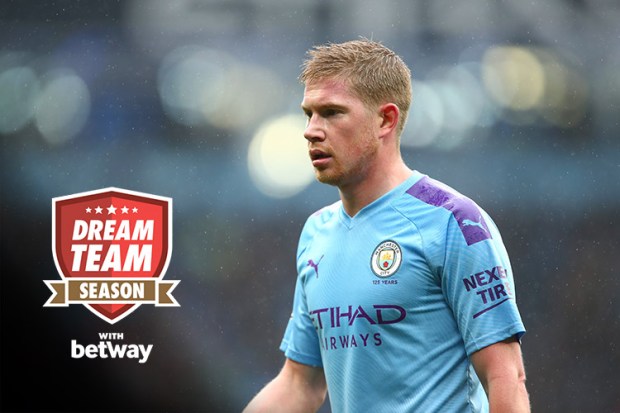 So how do you make the most of November?

Well 66.3% of you have got the first step to greatness right; you have Raheem Sterling in your team.

Sterling is absolutely streets ahead of his rivals, currently sitting a good 38 points ahead of his nearest competitor in the Dream Team player rankings.

Averaging 10 points per game, he could be set for a Dream Team record haul if he maintains his current rate.

Leicester’s 9-0 thumping of Leicester last week was a statement win, but we actually wouldn’t suggest jumping completely on board the Foxes’ freight train.

That’s because, despite winning in the Carabao Cup too, they only play four times in November.

Compare that with the Champions League teams – Man City, Liverpool, Spurs and Chelsea – who all play SIX times across the month.

City in particular are a relentless machine and should really enjoy themselves against Atalanta and Shakhtar in Europe in November.

There’s simply no room for passengers on Dream Team.

Some players started the season like a house on fire but have really faded.

Everton defenders were rock solid to begin with, but the likes of Jordan Pickford, Lucas Digne and Yerry Mina’s values are waning fast.

Despite Liverpool boasting the joint-best defence in the division, they’ve kept only two clean sheets in their opening 10 games.

Liverpool play Man City in a couple of weeks AND host Napoli at the end of the month, which look like two more unlikely clean sheets.

There are no defenders currently in the top 11 scoring players on Dream Team.

That means if you’re playing either 4-4-2 or 4-3-3, you’re really missing out on extra attacking fire power further up field.

Both Sterling and Sadio Mane are down as midfielders but are effectively playing as strikers – or at least scoring at a striker’s rate – this season.

Willy Boly is the highest scoring defender on 59 points, while Ricardo Pereira is next on 55.

That underlines how much the ‘top six’ defences have struggled so far.

Only one Dream Team gaffer inside the top 20 on our overall leaderboard is currently operating without a 3-4-3 formation.

Don’t waste your time on too many defenders when you could be scoring more freely elsewhere.

5 things to consider as European football returns to Dream Team