When it comes to Dream Team, we think it’s easy to decide which attackers and midfielders to choose, but defenders are tricky, aren’t they?

So if you need a little help deciding, we’ve sorted you out with seven of the best goal-scoring defenders in the Premier League.

And no, Marcos Alonso is NOT among them.

The whole world and his wife wants to pick Virgil van Dijk for their Dream Team this season, as the Liverpool defender is widely considered the best around at the moment.

The Reds picked up the most clean sheets in Europe (21 in the Premier League) with the big Dutchman in their back-line, which was the cornerstone of his scarcely believable 282 points on the game.

And it turns out he’s not just good at doing defender things either, as he’s more than capable of picking up the odd goal here and there with four notched in the league last term.

No one knows whether Harry Maguire is sticking around at Leicester or heading off to Man United this summer, but either way he’ll be a fine addition to your Dream Team.

Ol’ Slabhead is a brilliant centre-back; widely regarded for his leadership at the back, his passing ability, and those driving runs forward.

But his aerial presence is what stands out above everything else and makes him a nightmare to defend against when he’s attacking set-pieces.

We all remember his show-stopping goal against Sweden in the World Cup quarter-finals, but he also netted three times in the Prem last term including an important equaliser against Liverpool. 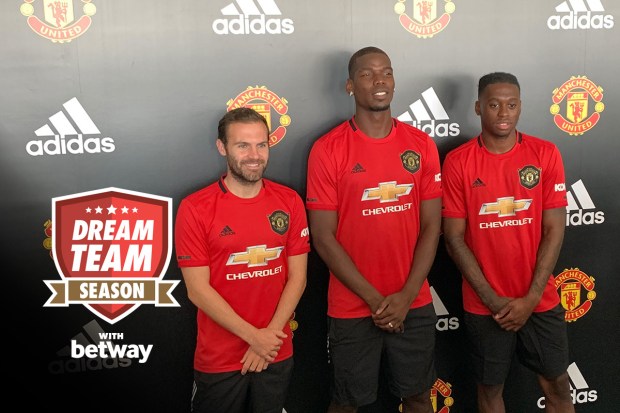 For those of you looking for a bargain option for the back-line, look no further than Brighton’s Shane Duffy.

Not only was he the Seagulls’ rock in defence last season, but he scored more goals than any other defender in the Premier League with five to his name.

The Irishman also racked up some colossal aerial statistics having won 188 aerial duels last season, with many of his teammates claiming he’s the best header of the ball around.

It was a billboard Premier League campaign for Wolves last season, as the newly-promoted side finished 7th in the table.

Raul Jimenez, Ruben Neves and Conor Coady were all particularly impressive, but Matt Doherty deserves an extra-special mention as he became a firm fantasy football favourite.

The right-back finished up with a tasty haul of 189 points, but it’s his eight goals across both the Premier League and FA Cup (four in each) that really stands out for us.

Bournemouth’s brilliant ball-playing defender is hot property at the moment, with the likes of Man City and Arsenal linked with him this summer.

And for good reason, as the Dutchman is one of the most highly-regarded young defenders in England right now.

His starring moment last term was arguably his late-winner against nine-man Spurs to add to the two other goals he struck.

Everton’s little Frenchman will probably go down as one of the finest Premier League signings of the 2018 summer window.

Ever-consistent and brilliant on Dream Team, Lucas Digne netted four times in his debut season in the Premier League, thanks to his habit of marauding forward down the left-flank.

Having won promotion back to the top flight last season, Norwich will be hoping their youthful squad has what it takes to stick around in the Premier League.

Ben Godfrey was just one of their stand out players last term, with the 21-year-old proving to be a versatile member of the first-team thanks to his defensive and attacking instincts.

Pacey and versatile for a centre-back, Godfrey netted four times in the Championship – including a lovely long-range hit against Reading.

What are the best fantasy team names?

Picking your team name is just as important as assembling your squad in the first place.

Witty? Original? Anything but Neville Wears Prada for the 12th year in a row?

We all love a fantasy football bargain.

After all, when you’ve selected the likes of Harry Kane, Sergio Aguero and Mohamed Salah, it can really leave you low on funds.

Don’t worry Dream Teamers, here’s some of the best bargains out there right now:

Sadio Mane is injured - so who should you replace him with?