The Premier League is so close we can almost touch it – which means the fantasy football excitement is building.

And Dream Team is the only place to play THREE different fantasy football formats; the traditional Season game, Weekender and our brand new Draft game.

Why should I play Dream Team?

Hundreds of thousands of people have already signed up to play this season.

Why? Well not only can you play three different games, Dream Team is the only fantasy football location where there’s prizes to be won every single weekend.

You don’t have to be a seasoned pro to champion the rest – just ask last year’s winner who had NEVER played any form of fantasy football before.

There’s £100k up for grabs on the Season game, while you can win up to £5k every weekend on Weekender.

Then there’s the new Draft game, which is simply the best way to test your managerial nous against the rest of the motley crew in your friendship group.

And, of course, it’s completely free to play. Besides bragging rights with your mates, you’ve literally got nothing to lose. 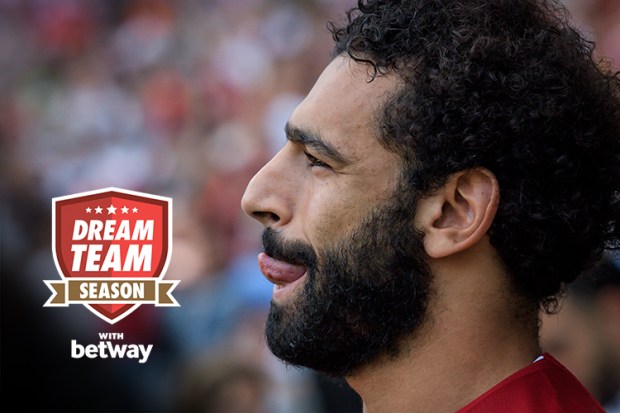 What games can I play?

As mentioned earlier, Dream Team is the only place where you can play THREE separate fantasy football formats next season.

As well as the traditional Season game and the hugely popular short-form iteration Weekender, Dream Team is launching its brand spanking new Draft game too.

Don’t say we don’t spoil you…

How does Draft work?

Draft sees you pitted against other managers in your own mini-league.

You’re tasked with building a 15-man squad… but there’s a twist when it comes to transfers.

Unlike the traditional Season game, only one manager in your mini-league is allowed to own one player. For example, if Joe Bloggs picks up Mo Salah, nobody else can have him.

At the start of every season you’ll take part in a live draft to choose your squad, with no players duplicated.

Every week consists of a head-to-head match up against another manager from your league, with three points on offer for a win, one for a draw and none for a defeat.

The league chairman decides when the live draft will take place before the start of the season on August 9th.

There are no budget limitations – only positional requirements that need fulfilling.

If you’re not happy with your squad, you can trade players with other managers in your league and pick up free agents who haven’t been drafted.

How does the points system work?

All three of our game formats – Season, Weekender and Draft – operate with the same points system, so you won’t need to learn any new rules.

Players accrue points for scoring, assisting, getting a 7+ match rating (via WhoScored) and winning Star Man.

What leagues should I join?

Alan Shearer, Alex Scott and Chris Hughes are just some of the celebrities to have their own mini-leagues which you can join.