Another season is very nearly done and dusted.

And thanks to King Vinnie’s thunderbolt of a shot against Leicester on Monday, it’s Man City’s to lose as we head into the Premier League’s final weekend. 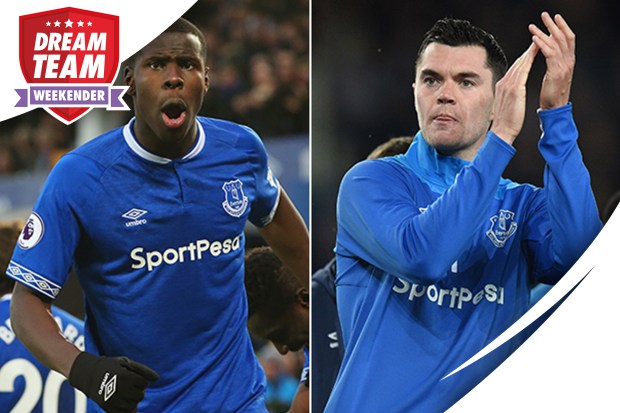 But perhaps maybe, just maybe, you should be taking an interest in Everton’s excellent defensive record in recent games – especially if you’re a seasoned Dream Team fanatic.

Over the last few weeks, Everton’s back-line has been more like a solid brick wall.

In fact, following their 2-0 win against Burnley at the weekend, it’s now been precisely 405 minutes and counting since Everton conceded a goal at home.

As a result, fielding Everton defenders in your Dream Team in recent games has been a mightily smart investment.

In Game Week 35, for example, following that clean-sheet against Burnley, the likes of Kurt Zouma, Michael Keane and Lucas Digne picked up 8 points apiece, while goal-scorer Seasmus Coleman went home with 13.

Digne and Keane, in particular, have both been firm fantasy football favourites this season, with 170 and 130 points totals respectively.

Delving a little deeper into each player’s individual stats, it looks like Zouma has picked up 44 points since Game Week 30, while Coleman has 46 points to his name in that time.

And Digne has easily been one of the best defenders in the entire game.

It’s too late for many of you to get the best out of Everton’s wonderfully drilled defence, as we’re in the last dregs of the fantasy football season.

But it’ll certainly be interesting to see how they get on against Spurs in their final game.