We’re nearing the end of March, which means you have some last-minute Dream Team shopping to do.

But don’t panic, as we’re here to help you pick the best players possible as we head into April. 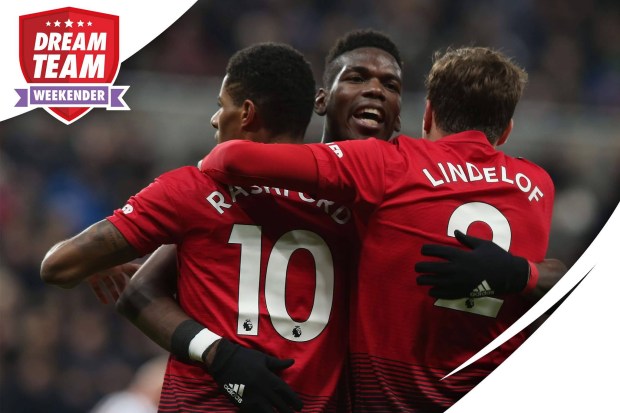 We’re still not entirely sure why this guy wasn’t part of Gareth Southgate’s latest England squad, but we trust the man in the waistcoat’s judgement.

Maddison has created more chances than anyone else in Europe’s top five leagues this season… even more than Lionel Messi.

If that isn’t enough to convince you, then the Foxes also have some relatively kind fixtures on the horizon, starting with Bournemouth at home on Saturday.

Maddison has scored or assisted in three of his last four appearances and should become Brendan Rodgers’ creative hub in midfield, teeing up Jamie Vardy or those trademark runs of his.

Can you name a player in world football in better form than this guy right now?

Sterling’s excellent run-out for England over the last couple of weeks has been eye-opening, but fantasy football fans will already know all about his brilliance.

He’s currently the second-best player on Dream Team this season – with only Eden Hazard scoring more points that him so far – and we imagine he’ll be one of Man City’s main players as they look to win their second consecutive title under Pep Guardiola.

Luka was a Dream Team must-have in the final few months of last season and could be similarly proficient this time around too.

The Palace midfielder is one of the meanest penalty takers in all of Europe, having netted 15 times from the spot over the last two seasons.

Could be an invaluable source of points as we head towards the end of the campaign.

Having been in and out of Bournemouth’s line-up in recent weeks with injury problems, Wilson is well and truly back in their starting line-up and is back among the goals – netting on his return against Huddersfield.

He was unlucky not to get more minutes for England over the international break – playing just the final eight minutes of the Three Lions’ win over Montenegro – but that’ll only mean he’s nice and fresh for the Cherries’ trip to Leicester at the weekend and their upcoming games against Burnley and Brighton.

Another England striker who would’ve enjoyed a good rest over the intentional break is Rashford.

Man United’s young striker pulled out of England’s Euro 2020 qualifiers team, but is tipped to return for United’s clash with Watford at the weekend and he could even start – with Romelu Lukaku reportedly doubtful as he continues his recovery from a foot problem.

The 20-year-old has flourished under Ole Gunnar and will be looking to celebrate the Norwegian’s full-time appointment with a goal or two at Old Trafford.