We are SO READY to see Jadon Sancho start for England in their opening European Qualifier against the Czech Republic this evening.

The boy wonder has had an excellent season for Dortmund, notching nine goals and 13 assists in all competitions for BVB as they’ve challenged Bayern at the top of the Bundesliga table. 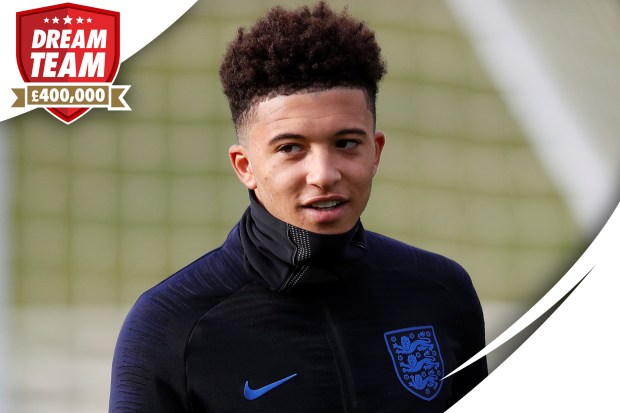 Having made a couple of appearances from the bench for the Three Lions towards the end of last year, Sancho could become a key man for Gareth Southgate’s side in their upcoming games and is widely considered one of the future stars of the national team.

Sancho is the only player in Southgate’s squad who isn’t plying his trade in the Premier League, so we can only fantasise about how good he’d on Dream Team this season.

So, because it’s a quiet day in the office (thank you very much, international break), we decided to work out just how many points Jadon would’ve racked up on the game.

Firstly, keep in mind that Eden Hazard is currently leading our Dream Team points chart, with 268 points at the time of writing.

And if you really want to impress your mates, then Cristiano Ronaldo remains the King of Dream Team, as he still holds the official Dream Team points record with his haul of 477 points from the 2007/08 season, when he clinched both the Premier League and Champions League titles with Man United.

So by using WhoScored’s rating system, we’ve done the sums, counted on fingers and toes and worked out that Sancho would have a mouth-watering 161 points to his name at this stage of the season.

That total counts his six Star Man awards, which are worth 30 points alone, along with his goals, assists and 21 individual player ratings of 7+ on WhoScored.

This puts him in 16th place on our points table, between Cesar Azpilicueta (160 points) and Willian (162 points), while he’s only trailing Raheem Sterling and Harry Kane in terms of points scored among the players in the England squad.

Sancho’s brilliant run for Dortmund has naturally put him on the radar of his former club Man City and their rivals United.

Recent reports suggest BVB could demand as much as £100million for the in-demand 18-year-old, with United boss Ole Gunnar Solskjaer apparently keen to sign Sancho rather than bolster his defence this summer.

So you never know, we might get to pick Sancho for Dream Team next season.