We’re in the midst of another dreaded international break.

But that doesn’t mean the fantasy football fun has stop, as we’ve decided it’s the perfect opportunity to take a good look at the very best players on offer for your Dream Team this season.

Using our Dream Team metrics and WhoScored’s rating system, here’s the Team of the Season so far. 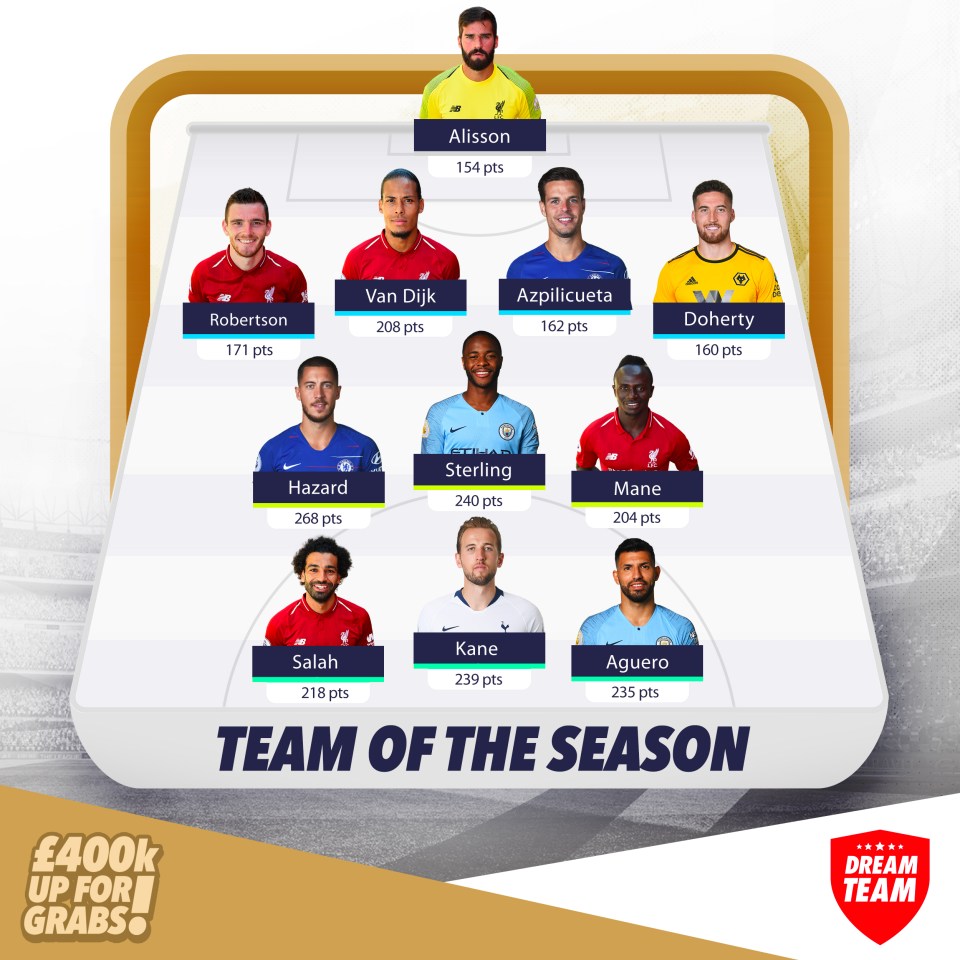 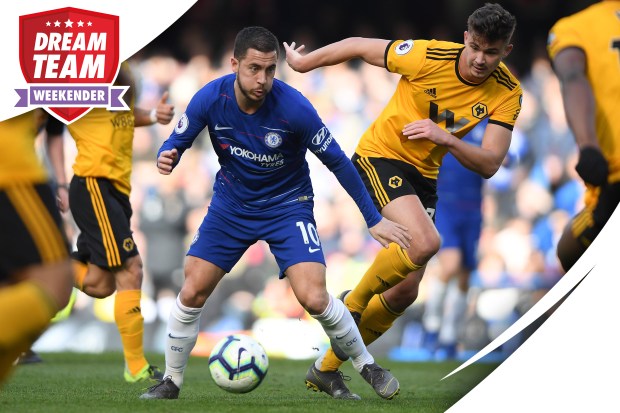 Liverpool paid an eye-watering £66million for this guy back in the summer and he’s been worth every penny so far.

With Alisson between the sticks, the Reds have conceded just 18 goals in the Premier League this season to help them fight it out with Man City at the top of the table.

The Brazilian’s reliability has certainly not been overlooked by Dream Team fans, with the goalie present in 25% of fantasy football teams at the moment.

If you want to pack your Dream Team’s backline with attacking defenders, then you should probably start with this guy.

With 10 assists this season, Robertson’s by far the best of the bunch in terms of stats, with many fans considering him to be the best left-back in the world right now.

Having become a mainstay in Liverpool’s defence over the last two seasons, the Scotland international’s ability at wing-back has become an important part of Jurgen Klopp’s attacking play.

Over 46% of you currently have VVD in your fantasy football line-ups, which is usually a good indicator he’s having a decent campaign.

Like the duo we’ve mentioned previously, the Dutchman has been instrumental to Liverpool’s excellent defensive record this season, while his ability to pop up with the odd goal here and there – such as in the Champions League win over Bayern Munich recently – has made him a firm club favourite.

While it’s not exactly been a vintage season for Chelsea fans, their ever-reliable captain ‘Dave’ Azpilicueta has continued to show why he’s been a popular fantasy football pick over the years.

Despite never really hitting the same heights as the likes of van Dijk, Azpilicueta’s consistency has shone through with regular points-scoring fantasy game weeks.

Be honest, how many of you expected to see this guy mixing it up with the big boys at this stage of the season?

Doherty has been one of the heroes of Dream Team this term, proving to be one of the bargain stars of the game.

Especially eye-catching going forward, the right-back has a fairly decent haul of goals and assists to his name.

Hazard has held onto the top spot of our points tally for the majority of the season, with the Chelsea man one of the few shining lights in their difficult campaign under Maurizio Sarri.

Often carrying the Blues in big matches, the Belgian has netted 16 goals in all competitions and has been named as Dream Team Star-Man a mind-boggling 14 times already.

It’s been another high-scoring season for Sterling, who’s rubbing shoulders with the very best players on Dream Team once more.

Having notched 19 goals and 11 assists in all competitions, he’s also one of the few players in the Premier League on double-figures for both.

While Mohamed Salah continues to be Liverpool’s best points-scoring option, Mane isn’t too far behind the Egyptian this term.

Occasionally proving to be the better of the two attackers, Mane is currently an outside bet for the Premier League’s Golden Boot award, with 17 goals to his name.

Salah was the resounding Dream Team hero last season, finishing up with over 400 points to just take top spot above Harry Kane.

He’s not found it quite so easy going this season, although Liverpool have become far less overly-reliant on the Egyptian in attack.

And perhaps we’re being a little harsh, because he’s still the FIFTH best player on the game right now.

Just imagine how many points this guy would have by now if he hadn’t suffered that lengthy injury back in January?

Kane’s enjoying yet another season as one of fantasy football’s big hitters, but is surprisingly under-selected at the moment with only 31% of managers currently picking him.

It’s probably down to his injury problems recently and his mammoth price of £8.2m, we reckon.

Could this be the year Aguero finally wins the PFA Player of the Year award?

Perhaps one of the best strikers of his generation, the Man City forward has been a Dream Team sensation in recent seasons, but has often just fallen short of the likes of Kane and Salah in terms of overall points scored.

That doesn’t mean he’s not a hit with the Dream Teamers, as he’s currently the second-most popular player on our game right now.