We love a footballing bromance.

There’s only one person who missed Callum Wilson during his long injury lay off more than us, and that’s Ryan Fraser.

Bournemouth’s dynamic duo have proved to be two of the best Dream Team bargains of the season. 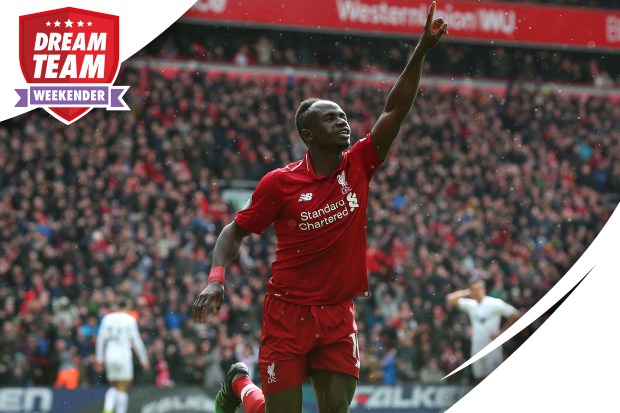 Both beginning the season like a house on fire, the duo record 21 goals and assists between them before mid-November.

But, like Bournemouth, their form halted drastically over Christmas and was compounded by an injury to Wilson at the end of January.

The clouds, however, appear to be clearing and Fraser and Wilson were reunited to some effect on Saturday.

It was only Huddersfield, of course, but both scored and assisted each other in the 2-0 win.

And their delicious double contributions means they are officially the best double act in the Premier League as a result.

Not only is Fraser assisting Wilson out in front as the most common combination with five goals this season, Wilson assisting Fraser is joint second with four.

9 – Callum Wilson and Ryan Fraser have combined for nine Premier League goals this season, more than any other duo in the competition. Synergy. pic.twitter.com/qb3Jgx1wIg

Fraser deserves extra credit too, having taken his league assist tally to double figures for the season as a result.

Only four other players have done that across Europe – Lionel Messi, Eden Hazard, Joshua Kimmich and Jadon Sancho – so he’s in seem esteemed company.

Bournemouth are in no danger of going down so you’d hope Wilson and Fraser can help them enjoy the rest of the campaign.

They have some strong fixtures on the horizon too, playing only Spurs from the top six clubs in their final eight games.

Fraser has more Dream Team points (128) than Christian Eriksen (125) whilst Wilson will hope he can to his 11 goals during the run in.

Don’t back against them having a final flurry before time is up.