The Champions League might have been exciting, but we all know the Premier League is the real quiz.

Man United’s trip to Arsenal in a top four ‘six pointer’ is the pick of games but which players should you be backing to shine this weekend? 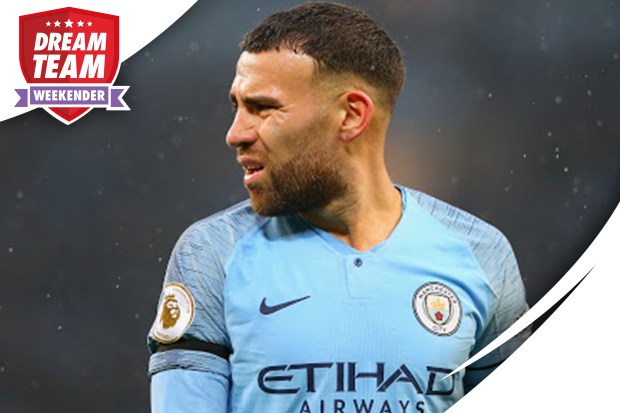 Liverpool host Burnley on Sunday and Alisson will fancy his chances of keeping a clean sheet.

The Brazilian has been a revelation at Anfield and an integral part of the defensive unit that has conceded just 15 goals in the league all season.

Alisson’s 17 clean sheets so far are the most by a goalkeeper in their debut season since Jose Reina in 2005/06.

Alisson's 17 clean sheets are the most by a goalkeeper in their debut #PL season since Jose Reina in 2005/06 (20) pic.twitter.com/RHRGcOW0ra

Otamendi was Pep Guardiola’s preferred centre-back last season but has seen his opportunities limited this campaign.

However, Aymeric Laporte’s injury has opened the door for the Argentinian to make a return to first-team action.

Otamendi is set to start for Man City as they host Watford on Saturday, one week after they prevented Bournemouth from having a single shot.

Alexander-Arnold’s return to fitness has been a welcome one for Jurgen Klopp.

The homegrown right-back has registered 35 points over four game weeks since his three-week absence on the treatment table.

The home meeting with Burnley should see Liverpool continue their solid defensive record and Alexander-Arnold will have opportunities to get forward too.

Mkhitaryan has been one of the league’s most in-form players in recent weeks.

The Armenian has returned from injury and earned a regular spot in Unai Emery’s plans, providing both goals and assists for Arsenal.

The attacking midfielder will hope to get one over on his former club on Sunday when the Gunners host Man United at the Emirates.

Brendan Rodgers might have lost his first game in charge of Leicester but there were encouraging signs for Foxes fans.

Vardy looks to be back to his best after netting the equaliser against Watford with a trademark run in behind and finish.

The striker has shaken off an injury doubt and will lead the line for Leicester at home to leaky Fulham.