How about this for a dynamite Dream Team titbit?

The leading Englishman in the Premier League in 2019 is not Harry Kane, nor Marcus Rashford. 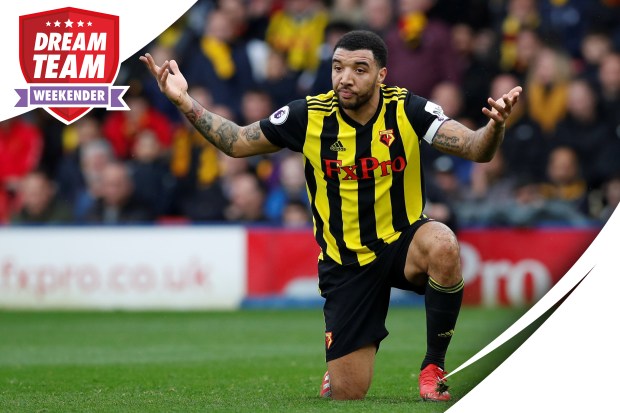 In fact only Sergio Aguero has been involved in more league goals this calendar year so far.

Only Sergio Aguero (10) has been involved in more #PL goals in 2019 than Watford striker Troy Deeney (eight)#WATLEI pic.twitter.com/7ge33RL345

Deeney can rub some up the wrong way and brilliantly taunted Leicester fans who heckled him during the 2-1 win over the Foxes on Sunday.

But he’s also letting his recent form on the field do the talking.

Two goals and an assist against Bournemouth in the first game of 2019 kickstarted his year in fine fettle.

A goal against Woking in the FA Cup followed before a mini barren spell.

But Deeney was back in the groove big time at Cardiff, scoring twice and assisting one of Gerard Deulofeu’s hat-trick goals.

In fact, his goal and assist against Leicester on Sunday means he’s been directly involved in Watford’s last five goals.

So… does he come into your Dream Team?

Well Deeney has now surpassed Callum Wilson’s season total (111 points), although the Bournemouth striker has been sidelined since the end of January.

Watford have had a fairly kind run with some more difficult challenges lying ahead.

Their next two away league games are at the Etihad and the Emirates, although the FA Cup quarter-final against Crystal Palace and a home clash with Fulham pose more fruitful opportunities.

Deeney, along with the streaky Deulofeu, is Watford’s go-to man – when he plays well, they play well.

But at £3.8m he’s fairly expensive for his overall Dream Team return, particularly when you consider Raul Jimenez is the same price and has picked up 36 more points.

Considering their tricky upcoming fixtures, we’d suggest holding Deeney back until later in the run in.