We all loved Kieran Trippier back in the summer, didn’t we?

The right-back was England’s surprise creative hub at the World Cup and provided one of the tournament’s most breath-taking moments when he smashed home that free-kick against Croatia in the semi-final.

But it’s all gone a bit downhill for him since his showstopping performances in Russia. 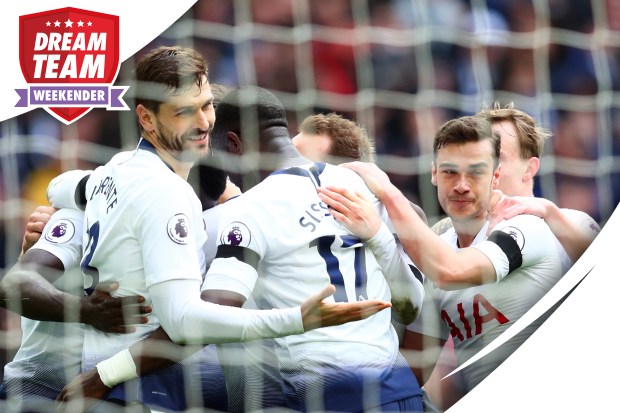 After a decent start to the Premier League campaign, Trippier’s form has nose-dived alarmingly.

Young Leicester winger Harvey Barnes exposed him time and time again at Wembley last weekend to add to a series of calamitous run-outs, which include shocking displays against Wolves, Man United and Crystal Palace – where he missed from the penalty spot.

But even so, he’s still the third-most popular defender on Dream Team at the moment, behind only Virgil van Dijk and Andy Robertson.

Trippier was easily one of the most popular choices on Dream Team when the season began, fresh from England’s brilliant World Cup run.

What’s more, his points haul for Dream Team’s World Cup game over the summer – where he picked up a brilliant 129 points, to make him one of the must-have defenders to pick – made us all certain he’d be a great signing for the season game as well.

But his terrible World Cup hangover is beginning to make us think otherwise.

Trippier has recorded just two 8+ points returns in Spurs’ last 14 games, with Serge Aurier increasingly edging him out of the team, while his current 94 point-total is bettered by the likes of Aaron Wan-Bissaka, Shane Duffy and even Jeffrey Schlupp this season.

Priced at a fairly hefty £4.1m at the moment, we think it’s seriously time you traded the Spurs man in for someone a little bit more in the groove.

Sorry Tripps, thanks for the memories, but it’s time to move on.