Man United fans have been quick to boast about taking the scalps of Newcastle and Huddersfield since Ole Gunnar Solskjær’s arrival.

February could well send the cocky bunch crashing back down to earth with clashes against PSG, Chelsea and Liverpool all on the horizon. 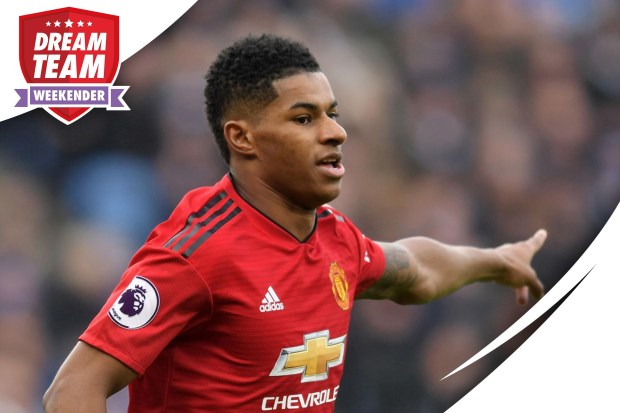 United will be seriously tested defensively in the coming weeks which makes now the perfect time to transfer out the likes of David de Gea, Victor Lindelof, Luke Shaw and Phil Jones.

Although they’ve tightened up their leaky defence since Solskjær took up the reins, the firepower that PSG, Chelsea and Liverpool possess will likely prove too much for United to handle.

However, a buoyant Paul Pogba is one who definitely shouldn’t be a victim of your United clear out this month.

Under Jose Mourinho the Frenchman would struggle to find motivation even against the top sides but we’re backing the rejuvenated midfielder to carry on his good form this month.

He’s been one of Dream Team’s most-consistent performers in recent weeks and is currently the seventh-highest points-scoring player on the game with 154 points.

Pogba has chipped in with six goals and five assists since the change of management and at £5.5m is still cheaper than Manchester rival Kevin De Bruyne.

Jesse Lingard is another player who’s benefited from Solskjær’s arrival and we think he could give the likes of Chelsea and Liverpool a similar runaround to the one he gave poor old Arsenal in Game Week 22.

Marcus Rashford is thriving under the added responsibility of being United’s main striker and could well continue his goal-scoring antics this month.

The boy wonder has picked up an impressive 111 points on Dream Team helped by his six goals and two assists since Solskjær’s arrival at Old Trafford.

Although we aren’t telling you to ditch your entire United contingent this month it’s worth realising that their upcoming fixtures aren’t going to be a walk in the park.

Solskjær is likely to rotate his troops in the easier games this month to keep everyone fresh, giving the likes of Juan Mata, Fred and a returning Marcos Rojo the chance of a run out during their six matches in 24-days.