The king is dead, long live the king.

Marcos Alonso has been a Dream Team favourite down the years but it seems as though his reign is coming to an end.

The Spaniard has had his spot as Chelsea’s first-choice left-back snatched away from him after a string of uninspiring performances. 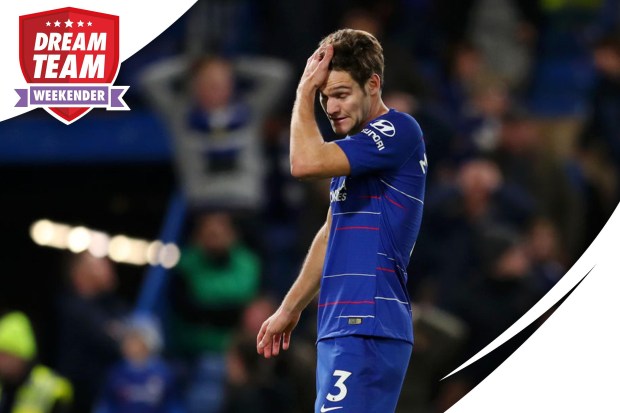 Alonso was a popular choice at the start of the season after he finished the 2018/19 campaign with an impressive 204 points – a tally bettered only by Nicolas Otamendi.

The defender has been asked to adapt his game by Maurizio Sarri and been deployed more as a traditional left-back as opposed to in the wing-back role he made his own under Antonio Conte.

The Spaniard had a level of freedom under the previous regime that allowed him to occasionally neglect his defensive duties something he simply can’t get away with under Sarri.

Alonso has been dropped in favour of Emerson Palmieri who has largely impressed when given the opportunity this season and starred against Spurs in the Carabao Cup semi-final second leg.

However, the Italian international had no such luck against Bournemouth on his first Premier League start of the campaign as the Blues were on the wrong end of a hiding at the Vitality Stadium.

The £3.7m man hasn’t exactly given Sarri a massive selection headache after failing to impress in the 4-0 defeat on the south coast.

Alonso, to his credit, hasn’t been totally useless this season and has chipped in with one goal and five assists to help himself to 108 points – the eighth-highest of any defender.

However, with Sarri’s mind seemingly made up, the writing is on the wall that the Spaniard’s time at Stamford Bridge is over with Emerson set to be his replacement in the short-term at least.

The Spaniard, who is the third-most popular defender, comes with a £4.7m price tag meaning that Virgil van Dijk, Andy Robertson and Benjamin Mendy are the only defenders to cost more.

Ditching the soon-to-be bench-warmer will give you money in the bank to fill your boots with virtually any other defender on Dream Team.

It remains to be seen if Emerson is the ideal replacement for Alonso, so in the meantime we would recommend Matt Doherty as the man to give you that injection of goals and assists from defence.