Deciding between Sergio Aguero and Gabriel Jesus on Dream Team has been nothing more than a toss of a coin this season and Pep Guardiola’s frankly quite annoying rotation policy means the decision is unlikely to get any easier. 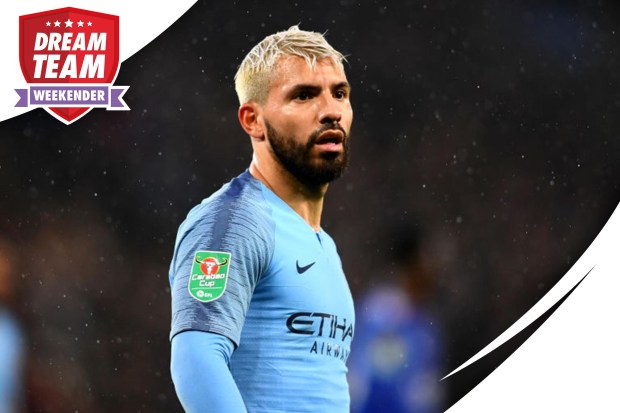 Allow us to try and steer you in the right direction as to which one of the two prolific strikers you should choose for your Dream Team when transfers refresh this Friday.

Or, if your pockets are deep enough, feel free to completely ignore us and just pick them both.

Aguero is perhaps the favourite in this debate and it’s easy to see why when you look at his track record.

The 30-year-old has been a Dream Team stalwart down the years and prior to this season you wouldn’t have thought twice about including him in your team.

Aguero is showing no signs of slowing down and has 16 goals and five assists in all competitions, making him one of Dream Team’s top points-scorers with a total 133 points.

The three-time Premier League winner is the sixth-most expensive player on the game at £6.2m and third-most expensive striker behind only Mo Salah (£7.6m) and Pierre-Emerick Aubameyang (£6.4m).

Aguero’s price tag might be hefty but you get what you pay for and City’s diminutive No10 has just about done it all in the game.

However, in what is clearly a tactic to protect his talisman from picking up the little muscle injuries that Aguero has been no stranger to in his career, Guardiola’s rotation has opened the door for Jesus to stake his claim.

The Brazilian had previously only really had a sniff during cup games, but has made such an impression this season that he’s beginning to get the nod over Aguero in the Premier League too.

The 21-year-old is currently outperforming his City rival by four points on Dream Team with Jesus rocketing up the scoring charts in recent weeks to find himself on 137 points.

The Brazilian has had a goal-laden start to 2019, filling his boots with four against Burton in the Carabao Cup before also putting Rotherham to the sword in the FA Cup third round.

However, Jesus is so much more than just a flat-track bully and his price tag makes him an extremely enticing option.

So far, 14.8% of managers have opted for the Brazilian whereas 41.2% have backed Aguero.

If we’re putting our necks on the line and with the help of our Dream Team crystal ball (we wish), we still think the latter should be your man if you’re choosing between the two.

His proven pedigree of vital goals will likely convince Guardiola to give him the nod over Jesus towards the crunch end of the season.

Don’t get me wrong, the Brazilian will still play an important role for City as they still fight on all four fronts, but Aguero will be the one they turn to for decisive moments.

Jesus’ time will come eventually, but for now Aguero is still the Dream Team king.