Things have gone from bad to worse for Spurs, with Dele Alli now set to be out of action with an injury until early March.

The club are already in the midst of dealing with life without Harry Kane for the next few weeks, while Son Heung-min is away with South Korea at the Asian Cup.

As a result, manager Mauricio Pochettino was forced to start with back-up forward Fernando Llorente in his side’s attack – with Alli and Erik Lamela in support – in their narrow win over Fulham at the weekend.

Now, without Alli, there’s another huge gap that needs to be filled. 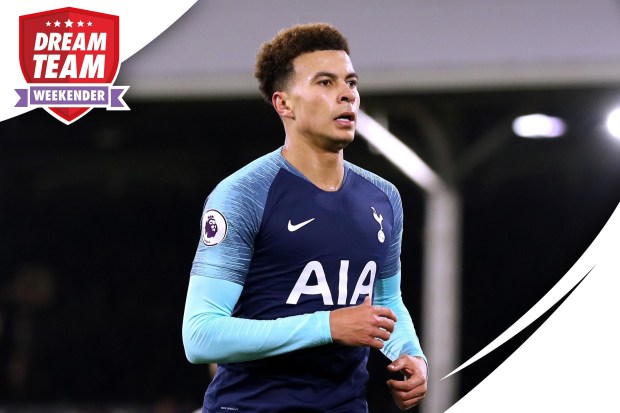 The loss off Kane and Son has hit fantasy football managers particularly hard too, as the pair have been firm Dream Team favourites this season.

Alli’s a very popular pick as well, with nearly 10% of fantasy managers selecting the England midfielder.

Luckily for you, we’ve picked out some midfielders that you might want to consider as his replacement.

Pogba is a player reborn under new Man United boss Ole Gunnar Solskjaer, having netted five times in the Premier League since the Norwegian took over from Jose Mourinho.

He’s also starting to look like a real force for fantasy football, as he’s currently boasting 133 points on Dream Team – with 60 of those earned since Solskjaer’s first game in charge against Cardiff in late December.

The only downside is that he’s relatively expensive right now, coming in at £0.6m more than Alli.

If you want a like-for-like swap for Alli, then Everton’s Icelandic playmaker could be your man.

Under Marco Silva, Gylfi has rediscovered the form that made him Swansea’s talisman a couple of years ago, netting a brilliant nine goals in the Premier League this season – including the late strike in their defeat to Southampton at the weekend.

He’s also exactly the same price as Alli, meaning he won’t cause any damage to your Dream Team budget.

It’s fair to say that Anderson has been one of the Premier League’s finest summer signings this season.

He’s really settled in London after a slow start and, with Marko Arnautovic disinterested, he’s emerged as West Ham’s talisman.

The Brazilian currently has 108 Dream Team points to his name, which makes him better than the likes of Christian Eriksen (99 points) and Bournemouth star Ryan Fraser (106 points), as well as Alli (who’s only on 85 points).