Are you torn over how to plug that Harry Kane sized hole in your team? Well, look no further.

Gonzalo Higuain is packing his bags as we speak and on his way to Chelsea in a move that has Dream Team managers purring, especially after they see his price tag. 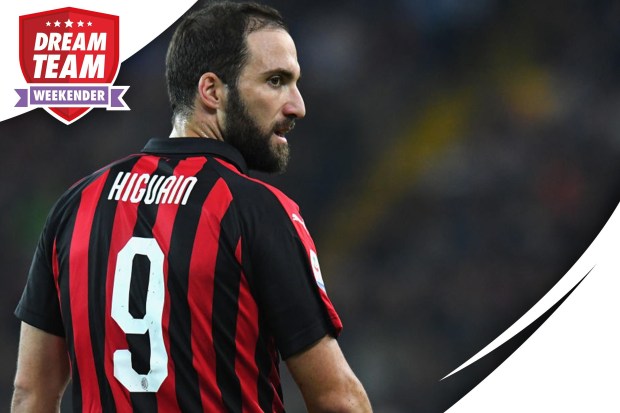 The Argentinian will be available for an enticing £4.5m on Dream Team, a price which is guaranteed to give everyone a real selection headache as they decide whether or not to invest in the divisive striker.

Higuain’s arrival at Stamford Bridge will reunite him with his former manager Maurizio Sarri and the pair will hope to rediscover the magic they produced during their time together at Napoli.

The powerful striker broke the record for the most goals scored in a Serie A season while under Sarri’s guidance in 2015/16 and was at one stage the hottest property in European football.

At 31 years old, Higuain has over 300 career goals under his belt and on paper looks every bit like the perfect remedy to Chelsea’s striker woes.

Alvaro Morata is on his way to Atletico Madrid and that will pave the way for Higuain to be a guaranteed starter for the Blues.

So it’s a no-brainer, right?

The Argentina international has earned himself a reputation in recent years as somewhat of a ‘bottle job’, often squandering big chances in high-pressure situations.

Milan fans have been tearing their hair out over his attitude this season and there have also been serious concerns over his physical condition.

Whether Higuain will be able to cope with the high intensity of the Premier League remains to be seen.

Still, £4.5m is a tempting price for someone guaranteed to lead the line for a top four club.

Investing in Higuain is inevitably a risk but one that could turn out to be very lucrative.

Gonzalo Higuaín in savage training tackle on manger Gennaro Gattuso... who then gets his own back in brutal way