When he’s not triggering the public for being an advocate of a vegan diet and/or dressing outrageously, the Spaniard is easily one of the league’s best attacking full-backs. 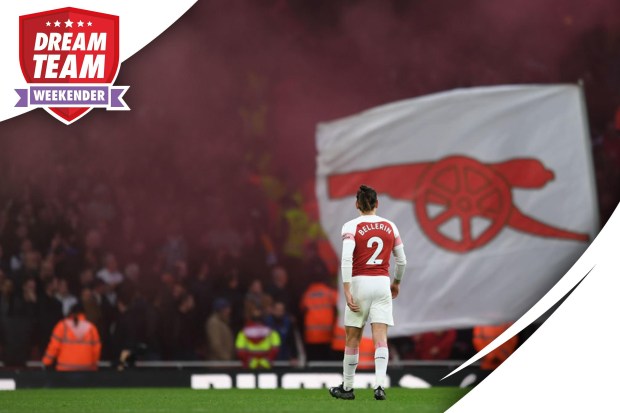 The Spaniard had missed the Gunners’ last five games with a calf strain but made a return to action with a 20 minute cameo from the bench in the defeat to West Ham last weekend and is now ready to start against Chelsea on Saturday.

Before his season-halting injury the Spaniard had chipped in with four assists and was thriving in an Unai Emery’s system that awards full-backs with supreme license to get forward.

Bellerin is by no means the perfect defender but then again, what full-back is in the modern game?

We’re slap bang in the age of the wing-back where traditional wide defenders have traded in their defensive responsibilities to prioritise going forward and it’s exactly that offensive threat that makes Bellerin so dangerous.

The Gunners’ sieve-like defence has meant they’ve found clean-sheets hard to come by this season and with defensive reinforcements in January looking unlikely, we don’t expect that to change anytime soon.

However, don’t let that distract you from a fully fit Bellerin who will no doubt be eager to make an impact upon his return to action and could better his impressive tally of 150 points  on Dream Team last season.

Football’s biggest fashion icon is labouring on a disappointing total of 20 points for his efforts this season but will no doubt up his performances levels in what is a crucially important second half of the season for Arsenal.

Bellerin will be a guaranteed starter for the Gunners as they compete in three competitions and his return to the starting XI will relegate both Stephan Lichtsteiner and Ainsley Maitland-Niles back to the bench.

Despite a modest price tag of just £2.8m on Dream Team, Bellerin has been selected by less than 2% of managers as it stands.

If you are prepared to bite the bullet with the goals he may concede as part of Arsenal’s back-line then the Spaniard will more than make up for it with his attacking prowess.