Spurs have got a big Harry Kane-shaped hole in their attack at the moment.

The striker limped off in the latter stages of their defeat to Man United at the weekend, with the club confirming on Tuesday that he’s damaged ligaments in his left ankle.

It’s as nasty as it sounds and he’s expected to be on the sidelines until early March, which means he could miss a whole host of important fixtures. 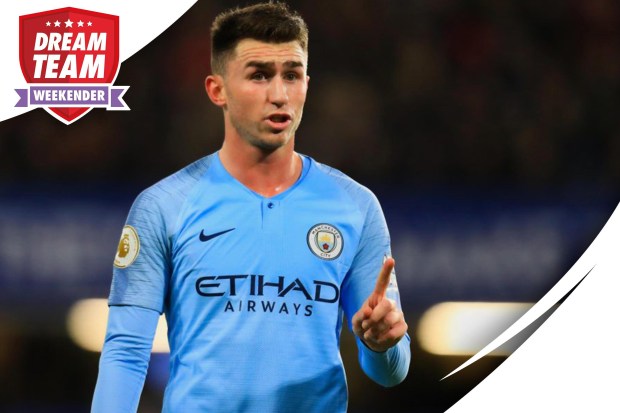 As it stands, 51.7% of you still have Kane in your fantasy football teams and unless you want to fall behind your mates in the office mini-league, we strongly advise you to swap him out for somebody else.

Luckily for you, we’ve picked out some wonderful strikers that you might want to consider…

Perhaps the obvious choice to replace Kane at the moment is Man City striker and part-time miracle-worker Jesus.

The Brazilian has been a fantasy football points machine in recent games, having netted seven times in City’s last three matches – although four of those came against the minnows Burton in the EFL Cup.

Still, a regular spot in Pep Guardiola’s starting line-up lately coupled with a decent haul of goals will do wonders for his confidence.

Here’s another Manchester-based youngster who’s in excellent form at the moment.

Rashford has scored six times since the beginning of December, with goals ranging from that stunning free-kick against Cardiff, through to that lovely finish in United’s win over Spurs on Sunday.

He’s clearly flourishing under the loving watch of Ole Gunnar Solskjaer, often playing in the No.9 position alongside Anthony Martial and Jesse Lingard.

Much like Jesus, he’s full of confidence and has clearly got an eye for goal.

With Kane out injured and Heung-min Son off to the Asian Cup, perhaps you should consider going for Spurs’ back-up man for the time being.

Of course, Llorente isn’t exactly prolific, but he looked sharp when he came off the bench in the final 10 minutes of the match against United at the weekend, and even hit a hat-trick in Spurs’ FA Cup clash against Tranmere at the beginning of the month.

The fact is, there’s simply no one else available at the moment, unless Mauricio Pochettino wants to sign another striker this month, or maybe experiment with playing Dele Alli as a makeshift forward.

Either way, Llorente will surely get some extra game-time over the next few weeks and proved at Swansea that he’s more-than capable of leading the line for a Premier League club.

We’re actually not overly confident about this one.

Sure, Aubameyang is widely considered one of the deadliest strikers in the world right now and he’s currently the third-best Dream Team points scorer this season – but he’s also looked a little hot and cold recently.

He’s currently got 14 Premier League goals to his name – which makes him the joint-top goal-scorer at the moment – but he looked distinctly off-colour in Arsenal’s defeat to West Ham on Saturday.

There’s also been patches of form here and there, with only one goal scored in November followed by a brilliant brace against Spurs in early December.

He was also superb in the Gunners’ recent wins over Burnley and Fulham, but has just one strike to his name in January so far.

For a while there, it looked as if Salah would struggle to reach the dizzying heights that he managed last year.

But after netting seven goals in all competitions for Liverpool during December, it looks as if everyone’s favourite Egyptian is back with a bang.

He was Dream Team’s top points-scorer last season – finishing up with 412 points to his name – and hit 32 goals in the Premier League to snatch away the Golden Boot from Kane.

If the Reds are going for the title this term, then they’ll need this guy to be at his absolute best. We certainly fancy him to keep up the good form.