We’re gearing up for another weekend of succulent Premier League goodness.

There’s a few eye-catching fixtures coming up, with Man United taking on Spurs at Wembley on Sunday perhaps the pick o’ the bunch.

But before any of that, you need to give your Dream Team some much-needed love, we reckon. 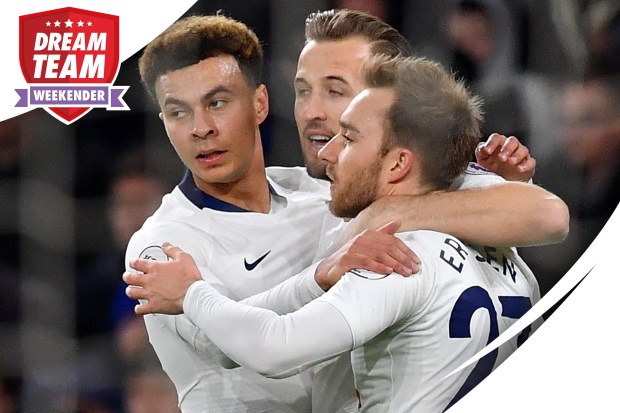 This time last year, we couldn’t shut up about Burnley’s little-known defender.

Tarkowski was one of the big Dream Team heroes of the Clarets’ brilliant 2017/18 campaign, and he was even called-up to Gareth Southgate’s England squad.

But it’s been a bit gloomy for them this term and they’ve struggled near the bottom of the Premier League table.

But having dropped the leaky Joe Hart from their starting line-up and notched two consecutive wins, maybe it’s time to give Tark some consideration.

In fact, he scored ZERO points in his last three Game Weeks for Dream Team. So why are on earth are we tipping him here?

Well, it appears the former Watford man is back playing in his natural left-wing position, where he enjoys cutting inside into the box to cause havoc.

It could give Marco Silva’s side the edge against Bournemouth on Saturday.

We’ve gone a bit Redmond-bonkers lately, but his brilliant run under new Southampton manager Ralph Hasenhuttl is the real deal and we think it’s time more of you got on-board the hype train.

He picked up a sensational 18 points at the end of December and scored twice last weekend in the FA Cup, which means his Dream Team total is now up to 61 points this season.

If he carries on this kind of form in the next few games then he could be one of our best bargain players out there.

We really wanted to pick a Spurs player ahead of their weekend clash with Man United.

Unfortunately, Heung-Min Son – the form man of the last few weeks – has joined up with South Korea for the Asian Cup, so he’s off the menu.

But Eriksen isn’t a bad second-choice, as his attacking instinct will likely be called upon in Son’s absence.

Christian Eriksen scores the fastest goal of the season for Tottenham - Does Harry Kane start in the Manchester United half?

It’s fair to say that Jimenez is probably the best bargain striker you can pick at the moment.

The Wolves forward is perhaps one of the cheapest players in the Premier League’s top 10 who’s also a guaranteed starter every week.

Not only that, but he’s been directly involved in ten league goals this season, and has notched three goals and three assists against the top six.

So it could be a good time to pick him, with Wolves up against Man City on Monday.