Cast your mind back a few weeks ago when we gave you the Dream Team hack of how to get four strikers into your team.

Cardiff City’s makeshift forward Callum Paterson was the guinea pig of that tip and we reckon we’ve topped that with our latest hack which involves Ricardo Pereira. 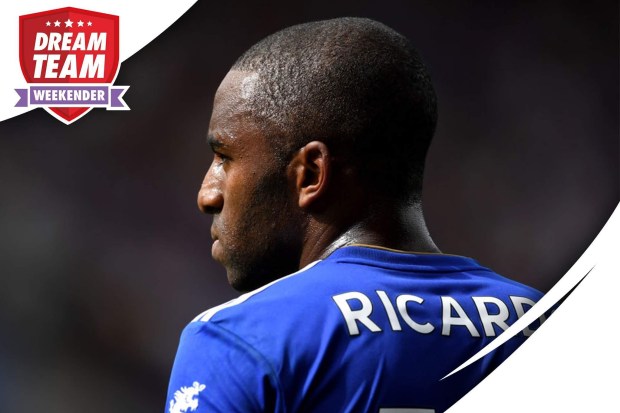 The Leicester defender is enjoying a superb debut season in the Premier League and is earning widespread plaudits not only for his defensive work but also for his surprise offensive threat.

The Foxes forked out over £22million in the summer to snap up the marauding right-back from Porto and he’s arguably been the most consistent performer in Claude Puel’s side.

Pereira is not only a fans’ favourite at the King Power but is quickly becoming one to watch in fantasy football and has caught the eye of the Dream Team Coach in recent weeks.

The 25-year-old had gone somewhat under the radar to creep up the list of top points-scorers on Dream Team and now boasts an impressive tally of 94 points, drawing him level with several of the game’s big hitters.

It’s not only the Portuguese’s defensive work that has helped his stock rise but he’s also shown another side to his game and piqued our interest as a winger in recent weeks.

Puel’s desire to change up his system on an almost weekly basis has meant the Portuguese defender has occasionally been deployed either as a right or left winger and hasn’t looked out of place in doing so.

In fact, both of Leicester’s flagship performances this season – the league wins over Chelsea and Man City respectively, both came with Pereira playing in a wide midfield role instead of his usual defensive berth.

The former Porto defender was Star Man in the coupon-busting win against City on Boxing Day after he netted the winning goal against Pep Guardiola’s men.

So far, 1.5% of managers have noticed that Pereira is hot the heels of Dream Team defensive stalwarts Aymeric Laporte (99) and Trent Alexander-Arnold (96) and emerging as a must-have defender.