The end of October is meant to be a spooky time of year.

But this lot are really feeling the love.

Introducing the five most transferred in players over the last Game Week – how many have you got? 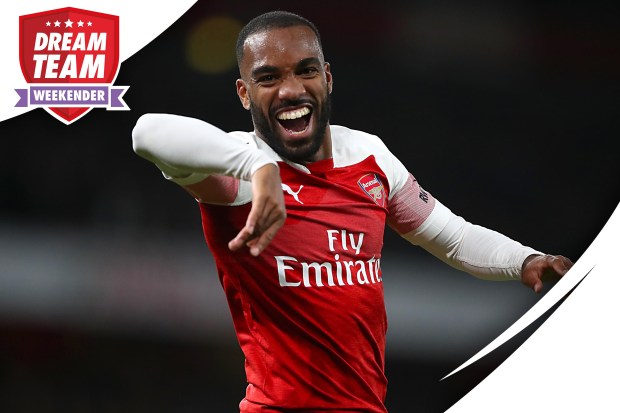 For the second week running, Arsenal’s in-form striker has been the top pick for Dream Team managers.

Seemingly ahead of fellow forward Pierre-Emerick Aubameyang in the Gunners’ pecking order at the moment, the Frenchman has rewarded Unai Emery’s faith with four goals in the Premier League so far.

But worryingly, Aubameyang has now got six goals to his name after his two-goal hurrah against Leicester on Monday.

Is that the goalscoring motivation Lacazette needs against Crystal Palace this weekend?

Chelsea fans and Dream Team managers have been sweating over the fitness of Hazard this week.

The Blues talisman – who’s had a hand in 11 of their 15 league goals this season – sat out of their Europa League clash with BATE on Thursday with a suspected back injury.

But manager Maurizio Sarri hinted he’d be fit for their Sunday match with Burnley, which is great news for the thousands of you who splashed out on him this week.

Wolves ever-present full-back has become a bit of a Dream Team favourite this season.

In fact, he’s rubbing shoulders with some of the best defenders in the league, despite being considerably cheaper than most of the bigger names.

Why splurge on Marcos Alonso when you can buy Doherty for peanuts?

Sterling’s two goals against Spain are still fresh in our memory.

And ahead of Monday’s crunch clash against Spurs, plenty of us are predicting another big performance from the nippy winger.

After all, he’s netted four times in the Premier League this term already and could well be on his way to bettering his haul of 18 goals from last season.

The Brazilian’s netted four times for the Toffees so far, and is a big part of Marco Silva’s attacking play.

Alongside Gylfi Sigurdsson and Michael Keane, Richarlison has enjoyed a bit of a Dream Team resurgence this season. We hope it continues.