The nights are drawing in, Christmas adverts are everywhere and Man City are looking imperious… yeah, it must be Autumn.

The last week of every month leaves Dream Team managers usually scratching around for transfers, with perhaps just one left from their monthly allocation.

So we’ve identified some of the likely lads you should consider for those valuable final switches. 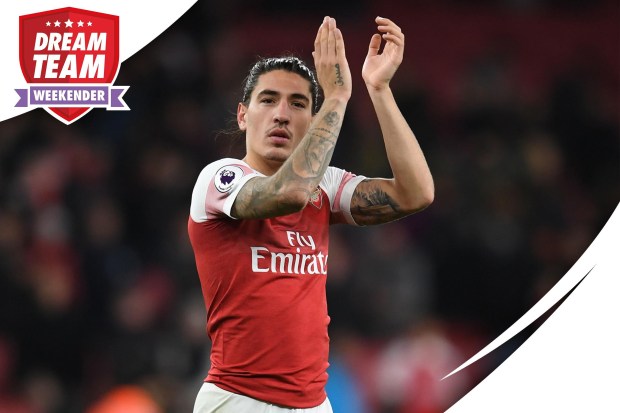 Alright we know… the Egyptian King hasn’t exactly been royalty so far this season.

But we believe in history repeating itself and it was this time last year when Salah really kicked on to break all kinds of goalscoring records.

He looked sharp at Huddersfield at the weekend and with Cardiff, Wolves and Red Star Belgrade just some of the potential cannon fodder on the horizon for Liverpool, goals are surely on their way.

Interestingly he’s been the most transferred out player over the last two Game Weeks, so he’s becoming a differential pick.

But another brilliant Belgian is back to full fitness to help make Man City look even scarier… just in time for Halloween.

So far only 9% of Dream Team managers have picked De Bruyne, so snap him up before others start to notice he’s back again.

Arsenal are the great entertainers again, who cares for defending when you can score three or four every game?

Bellerin embodies that; at fault for Leicester’s goal before producing two trademark assists from right back on Monday night.

That has taken his tally to four assists already this season and Unai Emery’s setup is really getting the best out of the rampaging Spaniard.

Duffy and Brighton are making defending sexy again and the Republic of Ireland international is outscoring (46 points) some big guns in Antonio Rudiger, Kieran Trippier and Cesar Azpilicueta.

Hardly alarm bells ringing, is it?

Southampton have just embarked on their longest streak without scoring since they were relegated in 2004/05 but surely, surely, that’s about to change.

The Saints have Newcastle, Leicester, Watford and Fulham in four of their next five games and Ings has to be the man to capitalise.

He’s grabbed four goals in all competitions this season and could be a wonderful bargain option.