It was the kind of display that makes a real Dream Team splash.

This was Mesut Ozil at his pinnacle; scoring, assisting, pre-assisting.

The manner in which he made his crucial equaliser look so effortless was mesmeric. 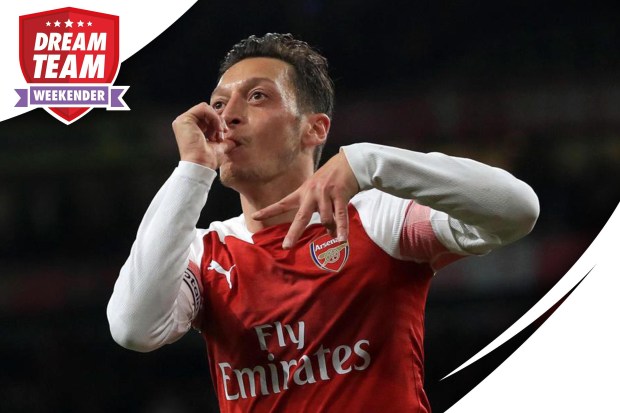 The pass to Hector Bellerin to unlock the Leicester defence before Pierre-Emerick Aubameyang’s first goal will feature on highlights showreels for years to come.

The step over and impudent dink to set up Aubameyang’s second was poetry in motion.

Life is pretty simple for Aubameyang with Ozil in this kind of form, with both finishes put on a plate without really having to break sweat.

Unsurprisingly it was Ozil’s highest rated performance of the season – 9.03 on WhoScored – which returned him a massive 15 Dream Team points.

Yet in stark contrast to his closest points rivals, only 3.2% of Dream Team managers are reaping the rewards of Ozil’s form.

To put that in some context, the German is far less popular than the likes of Troy Deeney (3.5%) and Alvaro Morata (4.4%) despite a much grander points total.

His price is intriguing as at £4.7m he is neither overly expensive or a cost-saving venture.

Arsenal have quickly morphed into a winning juggernaut, victorious in 10 games on the bounce and playing some sumptuous football.

And of their next eight clashes in all competitions, besides the visit of Liverpool at the start of November, you could argue they’re favourites in all of them.

You’d imagine Unai Emery will want to make Ozil centre stage, the brains behind the brawn of Aubameyang and Alexandre Lacazette.

But will you, the Dream Team tinkerman, do the same?