Everyone loves a true comeback story.

We have already told you about the success stories of Alexandre Lacazette, Raheem Sterling and Eden Hazard on Dream Team this season.

But the next in line is someone who has slipped under the radar a bit. It’s Spurs midfielder Erik Lamela. 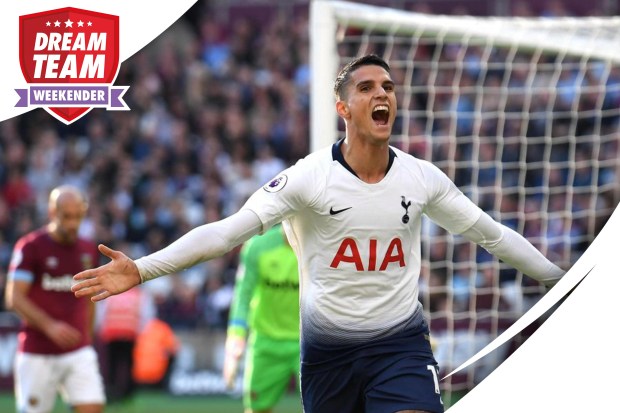 Lamela has struggled to produce regular high-level performances at Spurs since joining from Roma in 2013.

However this season could well be the one where he finally nails down a starting berth in Mauricio Pochettino’s side.

The 26-year-old has shown us exactly what he can do so far this campaign and has chipped in with several important goals for Spurs.

Lamela has already racked up a hefty 54 points – making him one of the highest-point scoring midfielders on Dream Team.

The Argentine has only one point fewer than Man City’s Sterling. So he’s certainly in good company.

Lamela laboured to a disappointing total of 58 points last season, with injuries and a stark lack of consistency all contributing to his poor campaign.

The Spurs man is already just four shy of his point-tally from the whole of the 2017/18 season.

The 26-year-old seems to have come on leaps-and-bounds and looks like a completely different player from the frustrating figure of last season.

Having started the season on the fringes of the side, Lamela has now emerged as a favourite of his countryman manager.

The winger has featured in eight of Spurs’ 12 games in all competitions and is growing in confidence with every outing.

Although not a regular start, Lamela continues to show what he can do from the bench, netting the winner in the 1-0 victory over West Ham in Game Week 9.

The Argentine’s goal in the London derby was his fifth of the season in all competitions.

Did you follow our advice ahead of the weekend? If you were paying attention, you would have spotted the Dream Team Coach tipped him to shine against the Hammers.

The 26-year-old has also contributed with two assists and earned himself a pair of star man awards in the process this season.

Where does he go from here?

With such momentum now behind him, Lamela more than ever before has an opportunity to cement himself as a regular at Spurs.

The Argentine has benefited from injuries to team-mates and position-rivals Dele Alli and Christian Eriksen, and in their absence has done enough to stake a claim to be a starter.

It remains to be seen where he will fit into Pochettino’s plans when Spurs’ usual stars return to full-fitness.

At £2.9m, Lamela is arguably the best value for money midfielder in Dream Team.

The Argentine currently finds himself selected by just 3.7% of managers. He’s a real hidden-gem.

With Pochettino’s men fighting on all four-fronts this season, investing in Lamela could well prove to be a smart move in the coming weeks.

His stock has never been higher.