Jadon Sancho is the name on everyone’s lips at the moment.

Like his childhood hero Ronaldinho, the 18-year-old has the ability to make defenders look silly as well as being a creative force to be reckoned with.

He was also born in March 2000 – if you needed a gentle reminder of how old you’re getting – and this week became the first player born this millennium to earn an England call up. 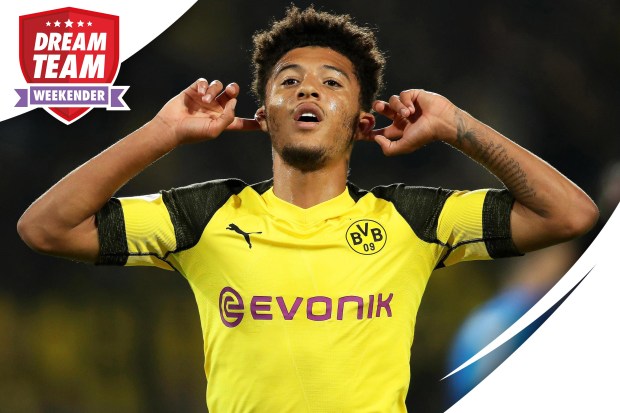 Sancho has made a sparkling start to the season at Borussia Dortmund, leading the assists charts in Europe’s top five leagues despite starting just ONE Bundesliga game.

But how many fantasy football points would he have racked up so far if he featured on Dream Team this campaign?

Well we’ve worked out his total would stand at a very impressive 54 points, which would put him well inside the top 10 highest points scorers on Dream Team this season.

Jadon Sancho in the Bundesliga this season…

He's been directly involved in a goal every half an hour 😳🔥 pic.twitter.com/z2nE0dkWyU

Sancho has one goal and seven assists so far, as well as five 7+ match ratings from our providers at WhoScored.

He also averages a goal involvement every 46 minutes (either scoring or assisting) across all competitions.

No wonder Gareth Southgate couldn’t ignore his talent any longer.

His 54-point total is only bettered by Harry Kane (61) and Raheem Sterling (55) from the English contingent and would sit him above Pierre-Emerick Aubameyang and Sadio Mane.

The big Premier League clubs are already lurking after Man City let him escape through their clutches last year.

So could he be on his way back to make an actual Dream Team splash in the future?