Who can blame you for spending big on Liverpool’s Virgil Van Dijk or Chelsea’s Marcos Alonso?

They’re both consistent scorers but you’re really breaking the bank to get both of them in your Dream Team.

Instead, there’s a thrifty trio down at Selhurst Park which could be the answer to any defensive woes. 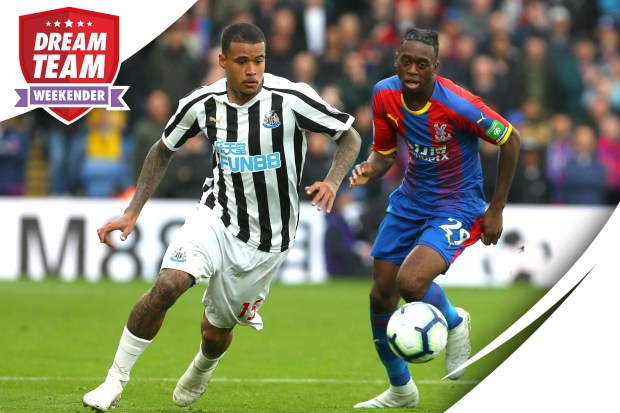 When you think of Palace under Roy Hodgson you think about the raw pace and the attacking flair of Wilfried Zaha and Andros Townsend,

Yet after six games in the Premier League this year they’ve only conceded six goals, a record bettered only by the division’s top three sides.

So Roy has tightened things up at the back after his holidays. But what has changed in the Palace back line?

A lot of this solidity can be pointed at someone you may not have heard of until this season.

Aaron Wan-Bissaka sits second on average points for defenders, scoring 5.5, behind only Alonso who averages an impressive 7.6.

Another to shine this year is the James Tomkins, who scored seven points at home to Newcastle last weekend and has an impressive average of 4.8.

Behind this impressive backline, they have the Welsh David De Gea in Wayne Hennessey.

Yet Hennessey has a higher average and total score than the Brazilian.

The potential for big points is there but very few of you have recognised it.

Only 1.5% of Dream Team managers have selected the high scoring Wan-Bissaka and his defensive partner Tompkins, while just 1.6% have gone with Hennessey.

Up next for Palace is a trip to West Brom in the Carabao Cup, followed by home games against Wolves and Arsenal.

Could we see yet more clean sheets over the next month for the Eagles?

READ MORE OF THE BEST FANTASY FOOTBALL TIPS FROM OUR EXPERTS