We’re still in the early days of the Premier League season, but we’ve already noticed a rather exciting trend taking place.

You see, so far this campaign, we’ve been blown away by the likes of Andy Robertson, Benjamin Mendy and Luke Shaw.

And what do they all have in common? 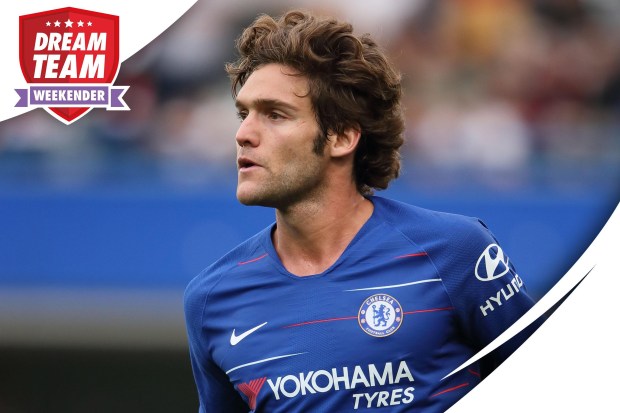 Even Chelsea boss Maurizio Sarri has got involved in the theme of the year after their win over Bournemouth at the weekend, by showering his very own left-back with praise.

He said: “Alonso I think at the moment in this position, left-back, he is maybe the best in Europe,” he said.

He’s not wrong y’know, as Alonso is the second-best player on Dream Team this season with 40 points, just short of Sadio Mane’s haul of 44.

And he’s not the only one topping the points tally.

Liverpool’s Robertson isn’t far behind the Chelsea star, already becoming a fantasy football favourite with a decent total of 31 points.

Mendy, Shaw and Watford’s Jose Holebas have also impressed, and have arguably been their respective team’s best players so far.

This is in stark contrast to last season, when the league was a little short on quality left-backs.

In fact, both of the Manchester teams resorted to playing make-shift midfielders in the position, with Fabian Delph stepping in on the left side to replace the injured Mendy for most of City’s season, while Ashley Young was seemingly preferred to Shaw by Jose Mourinho in United’s line-up.

Thankfully, both are enjoying the best from Mendy and Shaw respectively this season.

So what does this mean for your fantasy football team?

Well, we hope you’ve had the foresight to fill you back-line with as many attacking full-backs as you can.