Another weekend of Premier League football is upon us and there are a host of points to be had for the very best fantasy football managers.

If you happen to be struggling against your mates and falling off the pace, fear not, this weekend could be the one where you finally make up ground!

No doubt there are a few of you scratching your heads over who to pick for Game Week 4. Am I right?

Well, we simply wouldn’t be doing our job if we didn’t give you a bit of a helping hand!

Fantasy football tips: 5 players you NEED for Game Week 4 in the Premier League

Yes yes, we know it’s an obvious one.

You might be surprised however at the number of managers who choose to ignore the obvious.

For example, there are people out there who still believe that the Joe Hart gamble is going to pay off…

Ederson is this week’s must-have keeper, as City host an out of sorts Newcastle United side in Game Week 4.

Rafa Benitez’s men have one of the worst scoring records in the league, with just two goals so far this season.

The Brazilian will set you back £3.9m, but is guaranteed to return that investment with clean sheets, 7+ratings and even assists!

If you have a spare transfer left over from this month, this could be the one for you.

Chelsea fans had been made to wait to see Hazard unleashed from the get-go this season.

The Belgian made his first start of the campaign in the Blues’ victory over Newcastle in Game Week 3.

Hazard put in a spellbinding performance in which he ranked up 13 points, scoring once and picking up the star man award.

The Belgian has a hefty 23 points to his name already and having started just once this season, that is a very, very impressive return.

Chelsea host Bournemouth in Game Week 4 and we are tipping Hazard to steal the show.

If you haven’t already given up on our tips, this could be the breaking point. Just hear us out.

Admittedly, this one is a major gamble, but a gamble that could pay off and big time.

Ozil has flattered to deceive so far this season, vanishing in Arsenal’s opening two defeats against Man City and Chelsea.

The German was then absent from the Gunners side that beat West Ham in Game Week 3.

Ozil is however a player with undoubted quality and will want to prove all his critics wrong in Game Week 4.

Arsenal travel to Cardiff City in what looks a favourable game for both the Gunners and Ozil.

With a deep defensive setup expected from Neil Warnock’s side, Ozil could be given the space to stamp his authority.

With Richarlison’s suspension ruling him out of Everton’s clash with Huddersfield, the Toffees will look for someone else to inspire a victory.

That man could be Walcott who has looked a player reborn under Marco Silva this season.

The 29-year-old has emerged as a goal scoring threat for the Toffees and has already netted twice this season.

Walcott has also chipped in with one assist so far, setting up a strike in the victory against his former club Southampton in Game Week 2.

The antics of the lightning-quick striker have seen him pick up a hefty 18 points already this season.

The Everton man is currently the fifth highest point-scoring striker in the game and will cost you just £3.1m.

Fulham’s powerhouse striker seems to have finally found his feet in the Premier League.

Having struggled during his first attempt in the top flight with Newcastle, Mitrovic is thriving with Fulham once again.

A sucker for pinpoint deliveries into the box, the Serbian has scored three goals this season, helping him to rack up an impressive 18 points.

Mitrovic will set Dream Team managers back just £2.8m, a relative steal compared to a number of other strikers in the game.

The Serbian never looks a man short of confidence.

Now that he is scoring the goals to back up his attitude, it’s a match made in heaven for Dream Team managers.

READ MORE OF THE VERY BEST FANTASY FOOTBALL TIPS FROM OUR EXPERTS: 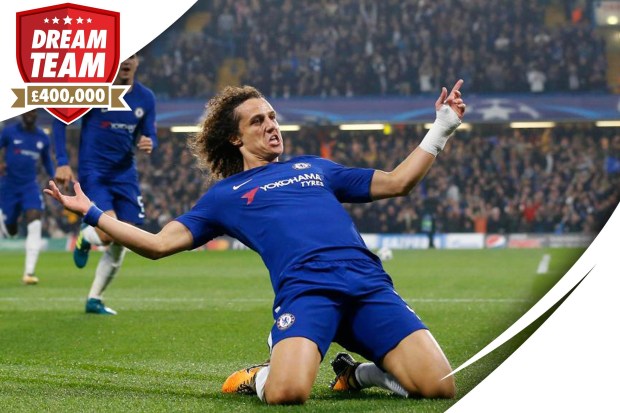