Game Week 3 in Premier League fantasy football produced a host of thrills and spills as you would expect.

The biggest result of Game Week 3 was without doubt Spurs’ 3-0 victory over Man United, as Mauricio Pochettino’s side ran riot at Old Trafford.

Jose Mourinho was left scratching his head following the result, having seen his United players put in a much-improved performance from the defeat to Brighton last week.

Spurs’ victory was inspired by an unlikely source in Lucas Moura, who ended the weekend as the highest point-scorer.

The follicly-challenged Brazilian picked up the star man award after playing out of his skin to help break Spurs’ Old Trafford hoodoo.

Moura earned himself a whopping 17 points in the victory, the highest point-tally of any player over the weekend.

The Brazilian scored twice with his only two shots on target in the game, as he showed just how clinical he can be.

The only blot on the Spurs man’s copy book was a yellow card he picked up during the clash, which saw him deducted one point. Like he cares!

If you had been following our hints before the Premier League game started, you would have seen that we tipped Moura to be a must-have player this season.

The Brazilian made it onto our list of Spurs players to pick in Dream Team, just saying, we know our stuff!

Moura is priced up at just £3m in Dream Team, a relative steal considering his impressive point-tally so far.

The Spurs man has now racked up a hefty 25 points after three games, making him the fifth highest point-scoring player on the game.

Moura is however still criminally under-picked in Dream Team, with just 1.6% of managers having him in their team.

Are you lot crazy?!

The Brazilian will no doubt be a player full of confidence ahead of Spurs’ next game, away to Watford on Sunday.

Moura is likely to have his price on Dream Team increased on Friday, along with a whole host of other top performers.

Fantasy football is all about picking who’s in form and Moura is very much enjoying a purple patch.

READ MORE OF THE VERY BEST FANTASY FOOTBALL TIPS FROM OUR EXPERTS: 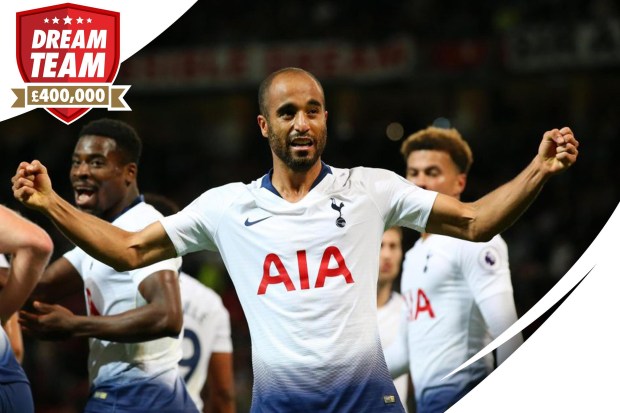