We have liftoff in the Premier League, with the opening weekend throwing up some great games already.

Chelsea made light work of Huddersfield, Everton’s two-goal hero Richarlison proved to be a £52million bargain and even Luke Shaw netted in Man United’s curtain raiser. 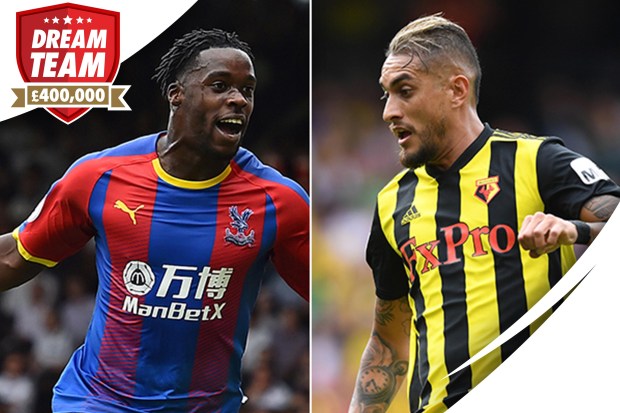 And amongst all of that, there’s been quite a few fantasy football surprises already, with the highest scoring Dream Team XI looking rather suspect at the moment.

In fact by the end of Saturday, there were six players from outside of last season’s top-half gracing the tip of our scoring chart.

We’re fairly sure a large majority of you have picked Paul Pogba for your team, following his World Cup heroics and general fantasy football reliability.

But the same can’t be said for many of the other names you can see above, including 18-point wonder Roberto Pereyra, who’s literally been picked by 0.1% of you.

I’m pretty sure more people showed up to my stand-up comedy performance that time.

6 – Roberto Pereyra has been directly involved in each of Watford's last six goals in the Premier League, scoring five and assisting the other one. Fundamental. pic.twitter.com/tztysM5nSq

Perhaps most impressive is Callum Wilson, who both scored and assisted for Bournemouth yesterday to earn 12-points, but could’ve had even more if he hadn’t missed first-half penalty.

Remember, a penalty miss equates to -3 points, but let’s not focus on the negatives, eh?

Most pleasing to see is Wolves midfielder Ruben Neves, who was outstanding in the Championship last season but seemed like a bit of a risky fantasy football pick from the offset now they’re in the top-flight.

The Portugal international is priced at £3.0m on Dream Team at this early stage, with 5.4% of you taking a gamble on him and being rewarded with his all-action display on Saturday, which included a stunning free-kick just before half-time against Everton .

That means you lucky few are taking home 15 points for Game Week 1 from his performance.