We’ve all had a good laugh at the fact that Spurs failed to sign a single player before the Premier League transfer window slammed shut.

The news was deflating for fans of the north London club and it also limits the options of Spurs players who you can pick in fantasy football this season.

It’s not all doom and gloom though, Spurs fans, there’s one player in particular who could be just as good as a new signing this season. 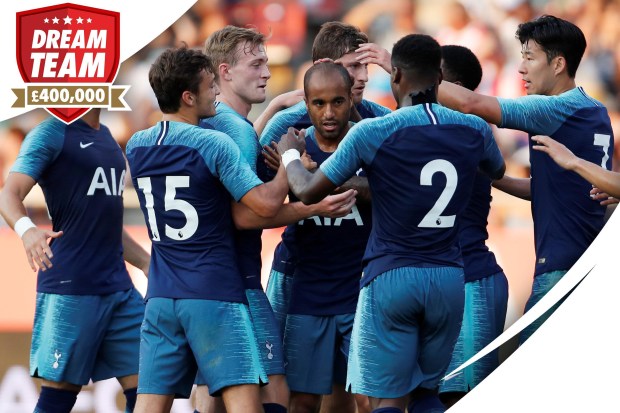 Lucas Moura flattered to deceive after joining Spurs from PSG in January, with the Brazilian finding his playing time limited.

The 25-year-old winger was once one of the hottest prospects in European football and was at the centre of a transfer tug-of-war between Man United and PSG.

The French champions won the battle and forked out a hefty £40million to snap up the Sao Paulo man.

After six years in Ligue 1, Moura swapped Paris for north London and joined Spurs in a deal worth around £25million.

With Spurs not signing a single player in this transfer window, the follicly-challenged winger could be given the chance to express himself on a more regular basis this season.

Moura’s impressive form was one of the bright sparks in Spurs’ pre-season campaign, with the Brazilian chipping in with goals and assists in a bid to impress Mauricio Pochettino.

Despite having his first-team opportunities limited after his arrival in January, Moura still showed promising signs in the glimpses that we saw of him.

The Brazilian picked up a modest 30 points in his brief stint in last season’s fantasy football game.

The 25-year-old scored one goal and chipped in with four assists after joining in January, as well as picking up one star man award and four 7+ratings.

So far, only 1.5% of Dream Team managers have snapped up the Brazilian for this year’s game, a surprisingly low amount considering the impact he could have in his first full season in the Premier League.

Moura is available for just £3m on Dream Team – get him in your side now!