Everyone will tell you that this transfer window is one that will not last long in the memory of Premier League fans.

Chelsea however are doing their best to change this for their supporters, having already confirmed the loan signing of Matteo Kovacic from Real Madrid, in what could mean big things for fantasy football.

The Blues have raided La Liga again for their next summer signing, this time snapping up Athletic Bilbao goalkeeper Kepa Arrizabalaga – we’ll call him Kepa for short… 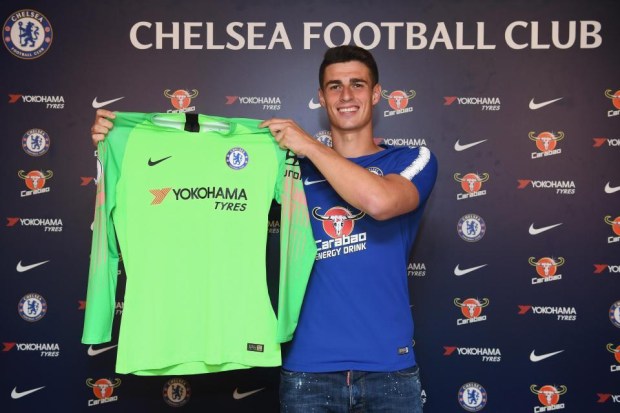 Chelsea have forked out £71million to secure his signature, a world-record fee for a goalkeeper and also a club-record for the Blues.

The signing of Kepa has come as a surprise to many, with the goalkeeper a relatively unknown figure outside of Spanish football.

Nevertheless, despite his lack of experience, the Chelsea man is still expected to be a popular pick for Dream Team managers this season.

Fantasy football tips: What will Kepa bring to your team this season?

Kepa will certainly be a popular choice in fantasy football, particularly with Chelsea supporters.

The Spanish goalkeeper was the first choice between the sticks for Bilbao last season and featured 30 times in La Liga.

According to Dream Team’s ratings provider WhoScored, the 23-year-old had a below average campaign in Spain’s top flight last season.

Kepa picked up a WhoScored rating of 6.79 last season, with the Spaniard’s form better than the Blues’ former goalkeeper Thibaut Courtois.

The departing Belgium picked up an average rating of 6.63 in the Premier League last season.

How much does he cost?

Whilst arriving in the Premier League with a hefty price tag and with much expected of him, Kepa is still unproven and untested in English football.

Chelsea’s new man has been priced at £3.5m in this year’s game, the second cheapest goalkeeper in the top six after Arsenal’s Bernd Leno (£3m).

Kepa will set you back less than Liverpool’s new stopper Alisson, Hugo Lloris and Ederson, who are all priced at £4m.

David de Gea remains the most expensive goalkeeper in Dream Team at £4.5m.

Seasoned Dream Teamers will be fairly accustomed with the rules and regulations by now, but if you’re a newcomer listen in.

It’s completely free to enter and will encompass every single fixture played by a Premier League club in the 18/19 season.