There are major bragging rights on offer to the fantasy football manager who unearthed a hidden gem before anyone else.

We all want to be the first to tell our mates about the next big Premier League star and what better way to back a youngster than picking him in your Dream Team this season.

All the best youngsters are available in this year’s biggest fantasy football game and could earn you some big points throughout the season. 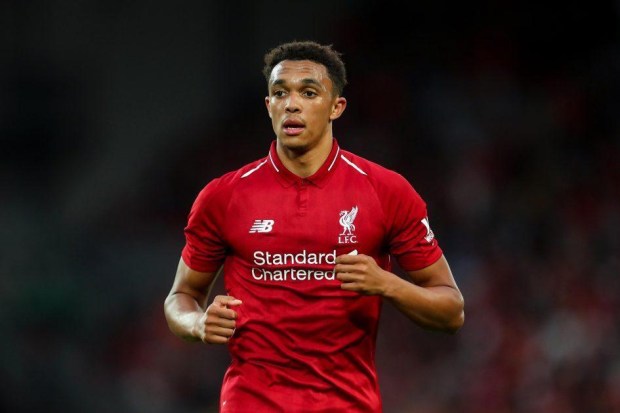 Sessegnon always seems to be a man on the radar of Europe’s top clubs.

The youngster was instrumental in Fulham’s promotion winning campaign from the Championship last season and will hope to replicate his form in the top flight.

The 18-year-old scored 15 goals and chipped in with six assists in 46 appearances for the London club last season.

The Fulham talisman also picked up the Championship Young Player of the Year award for his efforts throughout the season.

Sessegnon has been snapped by 6.9% of Dream Team managers so far, more than Raheem Sterling and David Silva. Some achievement.

Sessegnon is available for just £2.5m on Dream Team – get him in your side now!

Gray has so far been a figure who has flattered to deceive since arriving at Leicester from Birmingham in 2016.

The 22-year-old has struggled for consistent first team opportunities at the King Power Stadium but has shone whenever given the opportunity.

The pacey winger featured 35 times in the Premier League for the foxes last season, many of those however limited to cameo appearances.

Gray’s limited starts impacted on his fantasy football points but he still scored a respectable 66 points in last season’s game.

The 22-year-old netted four goals and chipped in with four assists last season, as well as picking up two star man awards and ten 7+ratings.

The Leicester man, who has only been selected by 0.2% of Dream Team managers, is nursing a small injury, but it is hoped he will be fit for the season opener against Man United.

Gray is available for just £2.5m on Dream Team – get him in your side now!

Wan-Bissaka stormed into the Crystal Palace team towards the end of last season and made an immediate impact.

The marauding right-back was a breath of fresh air in an otherwise lacklustre Palace side (minus Wilfried Zaha of course).

The youngster is expected to play a major role in Roy Hodgson’s side this season and could be the hidden gem you have been waiting to find in Dream Team.

So far, the Palace man has been snapped up by just 0.1% of fantasy football managers.

Wan-Bissaka is available for just £1.5m on Dream Team – get him in your side now!

Wolves pulled off one of the most eye-catching signings across Europe last season with the addition of Ruben Neves.

The former Porto captain has been capped five times for his country and looked a class above everyone else last season.

Neves featured 42 times in the Championship for Wolves, scoring six goals and picking up one assist. His overall game was crucial to Wolves’ title winning charge.

It’s surprising to find out that Neves is still only 21-years-old with his name seemingly having been bounded about forever.

Wolves managed to hold onto their man this summer despite interest from the likes of Liverpool and he has been snapped up by 5.3% of Dream Team managers in fantasy football.

Neves is available for just £3m on Dream Team – get him in your side now!

Hudson-Odoi announced himself to the world in some style during Chelsea’s pre-season campaign.

The 17-year-old was the best player on the pitch during the Blues’ friendly against Arsenal, with the winger toying with Hector Bellerin.

The Spaniard endured a torrid time at the hands of Hudson-Odoi and his performance impressed Maurizio Sarri enough for him to start the youngster in the Community Shield against Man City.

The 17-year-old is expected to play a large part in Chelsea’s season and feature throughout the four competitions that the Blues will compete in, especially the Europa League.

So far, just 0.2% of Dream Team managers have taken a gamble on the youngster in this season’s game.

Hudson-Odoi is available for just £2m on Dream Team – get him in your side now!

Alexander-Arnold wasn’t even listed on Dream Team at the start of last season’s game, highlighting just how immense his rise has been.

The 19-year-old became one of Liverpool’s most important players last season, featuring 33 times for Jurgen Klopp’s side.

Alexander-Arnold picked up a hefty 119 points in fantasy football, scoring three goals and getting two assists in his debut campaign as a first-team player.

The right-back also picked up one star man award and 16 7+ratings, with his fine form throughout the season rewarded with a place in Gareth Southgate’s England World Cup squad.

So far, the Liverpool man has been a popular pick for Dream Team managers this season, with 11% putting their faith in the youngster.

Alexander-Arnold is available for £3.5m on Dream Team – get him in your side now!

Meyer was once a player who was tipped to reach the very top of the game.

The German was being earmarked as future star of the national team after several impressive seasons in the Bundesliga with Schalke.

The 22-year-old was expected to be inundated with contract offers after he walked away from Schalke on a free-transfer at the end of last season.

The multitude of offers didn’t come however and Meyer was left without a club until Palace snapped by the German on a free-transfer.

Meyer’s arrival at Selhurst Park is still recognised as a coup by many and there are high expectations for the 22-year-old this season.

Only 0.2% of Dream Team managers have selected the reputable wonderkid in this season’s game.

Meyer is available for £2.5m on Dream Team – get him in your side now!