It’s that time of year again.

Your phone is binging relentlessly to the tune of WhatsApp messages from your mates.

Yes, fantasy football is back and Dream Team – the UK’s biggest and best provider of the game – is here to make this season extra special. 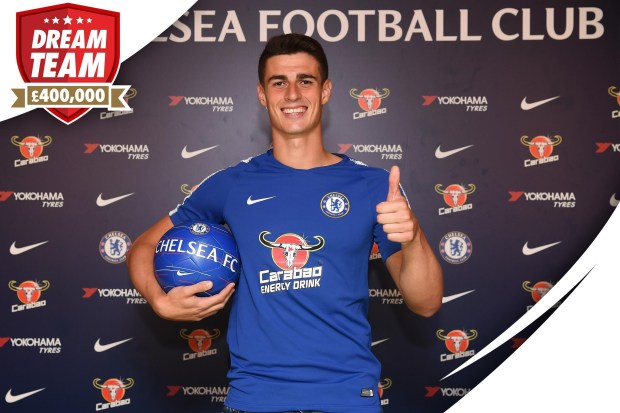 Dream Team are completely and utterly addicted to football

We’ve provided you with heaps and heaps of tips in the last couple of weeks leading up to the season opener between Manchester United and Leicester on Friday night.

But who really are the best Dream Team bargains this season? We’ve identified the top five and ranked them for you because we have too much spare time…

Not only is his position his actual first name, we reckon he’s a steal at £3.5m on Dream Team considering Alisson, David De Gea, Hugo Lloris and Ederson are all at least £0.5m pricier.

Everton have emerged from the dreary, soul-destroying Sam Allardyce era with Marco Silva now at the helm and an assault on European football the ambition.

But despite a host of eye-catching new signings this summer, it is one brought in last January that could be their standout performer.

Tosun settled fairly quickly in England after his move from Besiktas and knows where the goal is, so should really develop into a reliable goal scorer for the Toffees this season.

Liverpool finally have a midfielder worthy of lacing Steven Gerrard’s boots – and he’s even taken the Reds’ icon’s old number eight too.

It’s hard to really define what type of midfielder the Guinean really is simply because he excels in so many areas.

Keita will run the Reds midfield and – as long as he avoids disciplinary problems – could score big points.

Last summer we rather successfully tipped Mo Salah as your must-have Dream Team player, but this time around we’re going for Aubameyang.

The Arsenal hitman banged in 10 goals and also notched four assists from just 12 Premier League starts after his January move – so just imagine his numbers over an entire campaign?

Our winner ahead of the new season only really came onto our radar after his spellbinding display in the Community Shield against Chelsea.

Is this the season we see namesake David phased out, with his heir to the creative throne assuming more responsibility?

If Bernardo plays regularly – which it looks like he might – he looks a billy bargain considering he costs exactly the same as Phil Jones on Dream Team.

Whilst the new season doesn’t get underway until August 10 you can already register for the Dream Team game here.