Happen to be suffering from World Cup blues? Fear not, we have the perfect cure for your waistcoat related illness.

The season might not have started just yet, but Dream Team – the UK’s biggest fantasy football game – is already up and running and waiting for you to get going.

So, what on earth are you dragging your feet for?! Crack on.

Dream team Managers have already faced some tricky selection dilemmas having to choose between Harry Kane or Mohamed Salah, and Sadio Mane or Leroy Sane.

This next battle could be the toughest yet. 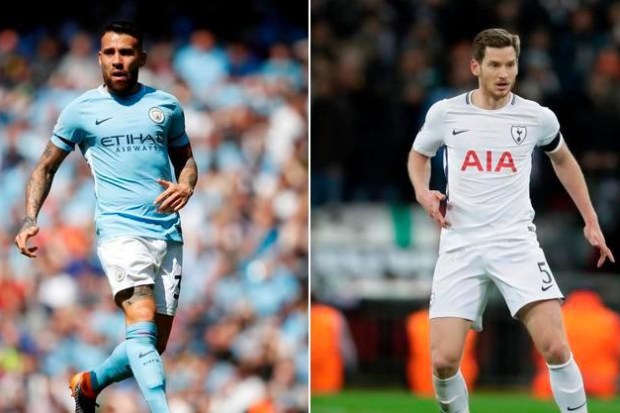 Should I pick Nicolas Otamendi or Jan Vertonghen?

The foundations of many fantasy football teams this year are likely to be centred around one of the pair, with a £50million budget making it unlikely that managers could afford both whilst still maintaining a balanced team.

Otamendi and Vertonghen both posses the key defensive attributes to marshal your side to big points in fantasy football this season, making it an almost impossible decision to pick between the pair.

Otamendi was the footballing equivalent of Bambi on ice when he first touched base in English football after signing from Valencia.

He just couldn’t find his feet.

After what was initially a rocky start to life in the Premier League, the 30-year-old has developed into one of the league’s most assured defenders.

Under the stewardship of Pep Guardiola, Otamendi’s game has been taken to a new level.

Last season was a standout campaign for the Argentine, in which he picked up 222 points in fantasy football, the most of any defender in the game.

Alongside his defensive solidarity, Otamendi also became a goal threat for City, managing to net five times for Guardiola’s side.

The Argentine was a crucial part of City’s steamrolling success last season, with their defence, led by Otamendi, conceding just 27 goals in the league, the fewest of any side.

Otamendi is available for just £4m in this year’s game, making him a cheaper option than Vertonghen (£4.5m).

Vertonghen was forced to step up for Spurs last season in the long-term absence of Toby Alderweireld.

He stepped up and then some.

With his countryman out through injury for most of the season, the 31-year-old relished in his new role as the leader of the Spurs defence.

Vertonghen picked up a hefty 174 points in fantasy football last season, making him the fifth highest scoring defender in the game.

As part of a Spurs back line that conceded just 36 goals in the league, the third fewest in the division, the Belgium was the standout figure, scoring one goal, providing one assist and picking up an impressive 28 7+ratings along the way.

Vertonghen will set you back £4.5m in this year’s game – a relative steal considering what he will bring to your squad.

This by no means an easy decision.

Our gut feeling however is telling us that Vertonghen is the player who you should be banking on this season over Otamendi.

The Argentine could find himself out of the first team picture at the Etihad and struggle for regular starts, whereas Vertonghen is a guaranteed starter for Spurs.