Fantasy football is at the forefront of our minds at the moment, with the new Premier League season edging closer by the day.

By now, we imagine you’ve got a rough idea who you want to pick for your Dream Team line-up, but if you’re stuck for ideas, then perhaps you should consider throwing in a new face or two. 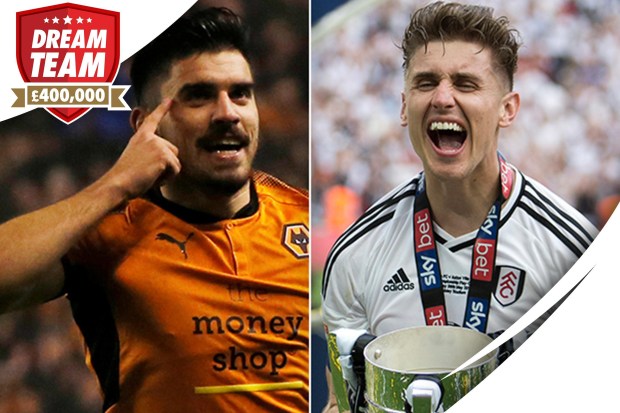 Luckily for you, this season’s newly promoted clubs Wolves, Cardiff and Fulham are all awash with marvellously underrated players, some of which could prove to be the difference to your fantasy football ambitions this season.

A mainstay in Slavisa Jokanovic’s team last season, Ream was instrumental to Fulham’s promotion via the playoffs having won six Man of the Match awards throughout their campaign and finishing up as Fulham’s Player of the Season, even edging out the likes of Tom Cairney and Ryan Sessegnon.

Perhaps that’s a bit much, but Bamba was an important player for the Bluebirds last season and could prove to be an excellent bargain choice for your Dream Team’s back-line.

Many felt Neves deserved to win the Championship Player of the Season last term, after a string of consistently awesome performances to help Wolves secure the title.

He notched six goals – including an incredible volley against Derby back in April – and could genuinely light up the Premier League this season alongside fellow Portuguese international Joao Moutinho.

This guy knows all about playing in the Premier League, having turned out for Blackburn and QPR in previous top-flight seasons.

In fact, Hoilett scored a few in the big league a few years back, including an impressive seven-goal haul when he was just 21.

He’s got the experience and has an eye for goal, so could prove to be a wise fantasy football choice.

We couldn’t skip this guy, could we?

Sessegnon only just turned 18 this summer, having spent last tearing up the Championship.

He even finished up as Fulham’s top-goalscorer.

We’re very excited to see what he can do in the Premier League and we implore you to pick him for your Dream Team this season.

Having scored in Fulham’s play-off final win over Aston Villa at the very end of last season, we suspect Cairney hasn’t had to buy a drink for himself in West London since.

The focal point of Fulham’s attacking play – not to mention their main set-piece taker – means Cairney could be a bargain at £2.5m.

Wolves are jam-packed full of decent fantasy football options this season, but here’s one that’s really caught our eye.

He’s well used to playing at a higher level, having spent a season on-loan with Porto in 2016.