As the old football saying goes, it’s crucial to build from the back in any team, with the goalkeeper forming the base of your team’s spine in fantasy football.

These five bargain goalkeepers might potentially go under the noses of your rival Dream Team managers and could be the difference in you picking up a quality shot-stopper for a lot less cash. 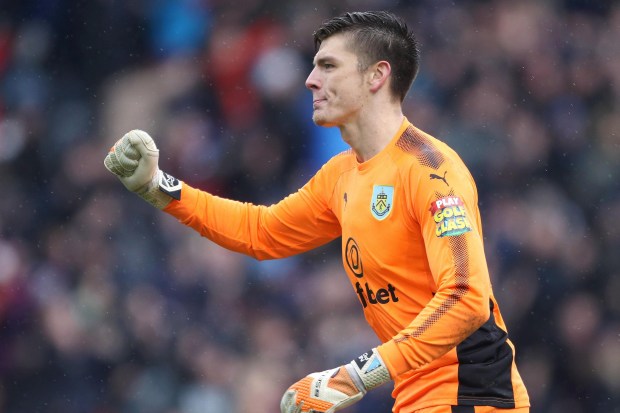 Pope’s rise to stardom was one of the subplots of last season and was a crucial factor in Burnley’s impressive 7th place finish in the league.

The 26-year-old was an unknown name at the start of the campaign but was thrust into first team action following a lengthy injury to No1 Tom Heaton.

Pope stepped up and produced excellent in the absence of Heaton, having a remarkable season and picking himself up 106 points in fantasy football.

The Englishman is expected to battle it out again for Burnley’s No1 jersey and could be a smart pick for Dream Team managers this season, costing just £2.5m.

Fabianski was arguably Swansea’s only shining light in an otherwise disappointing season for the South Wales club.

The 33-year-old played in every one of the Swan’s Premier League games and made an incredible 137 saves, bettered by only Stoke’s Jack Butland.

The former Arsenal stopper picked up 90 points in fantasy football last season, an impressive tally considering the perilous position that his club found themselves in for much of the campaign.

West Ham’s new arrival could be a smart and cost effective solution, allowing managers to splash their cash in other areas of their Dream Team.

Leno joined Arsenal from Bayer Leverkusen this summer with the hopes of solving the club’s goalkeeping crisis.

The 26-year-old is expected to go straight in as Unai Emery’s No1 goalkeeper, dislodging Petr Cech from the role he has held since 2015.

At just £3m, Leno’s price makes him the cheapest first-choice goalkeeper from any of the top six clubs and represents an interesting option for Dream Team managers.

If Arsenal can rediscover the defensive solidarity that has eluded them in recent seasons, the German could well keep many clean sheets this season.

Schmeichel is one of the most inform and sought-after goalkeepers in Europe right now.

The 31-year-old was the star perform in Denmark’s valiant journey to the World Cup knockout stages this summer.

Schmeichel’s performances at the tournament have led to him being linked to a host of Europe’s top clubs, including Roma and Chelsea.

His form in Russia was a continuation of his impressive showings in the Premier League for Leicester last season, when he racked up 76 points in fantasy football.

The Dane is priced at just £3m in this year’s game and provides Dream Team managers with a selection headache.

If a move to Chelsea does materialise this summer, then Schmeichel’s price would then be even more of a steal, as the stopper would have a solid Chelsea defence in front of him.

Pickford instantly became a national treasure after his shootout heroics for England against Colombia at the World Cup.

The 24-year-old had his doubters after his big money move from Sunderland to Everton last season, however he picked up the club’s Player of the Year award following his impressive campaign.

With the Blues expected to have a much better time of things under Marco Silva this season, Pickford could be an inspired choice for your Dream Team.

At just £3m and certain to be buoyed after his impressive World Cup performances, Pickford could be the perfect foundation to build your fantasy team on.